The South Rises Again to Give Earthbound Brewery One-Star Reviews 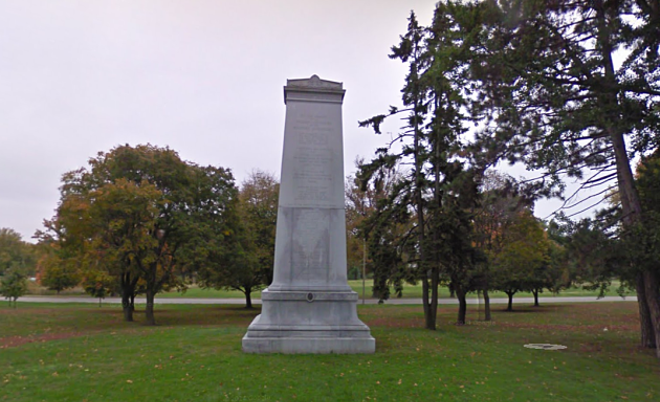 For years, the citizens of the Confederacy have vowed to rise again. And today they finally did, unleashing a hellstorm of one-star reviews on a St. Louis-based business. The horror.

“We’re pretty good at demolishing things, we have the equipment," Keating told KMOV, "and we thought we’d like to be good citizens and do our part.”

The controversial memorial was dedicated in 1914, a 32-foot-tall structure honoring “The Angel of the Spirit of the Confederacy.” On Christmas Eve in 2015, now-former St. Louis Mayor Francis Slay announced that he wanted the memorial removed from the park. Despite such a high-profile condemnation, the structure still stands.

But there's a new sheriff in town — or, rather, a new mayor, one Lyda Krewson, who is now tasked with deciding the future of the memorial. Furthermore, New Orleans removed one of its own Confederate memorials just this week, bringing renewed interest to the one in Forest Park.

“While I do feel bad for the sacrifices made by poor white Southerners on behalf of the Southern masters who controlled the slave trade, they lost, slavery is abhorrent and no, I think it’s something we shouldn’t be memorializing,” Keating added.

As it turns out, a number of Confederacy-loving Southerners disagree with that sentiment, and they came out in force on Earthbound's Facebook page, leaving one-star reviews and angry comments to register their unhappiness:

Despite the threats of a boycott, it seems very unlikely that Earthbound's bottom line will be negatively affected — a large swath of the angry commenters don't even live in Missouri, if their Facebook profiles are to be believed, and are therefore unlikely to be frequenting the establishment anyway. Furthermore, the Confederate plot appears to have backfired — fans of the business, and its stance on the memorial, have come out in droves to offer their support (and mercilessly ridicule those that are complaining, naturally). At the time of this writing, Earthbound has 483 five-star reviews compared to 47 one-stars.

At least those Southerners are used to losing!

Correction: An earlier version of this story stated that New Orleans had removed four statues this week. It was actually just one, with three more slated for removal in the near future. We regret the error.