Rich and Charlie's Celebrates 50 Years of Pasta, Family and That Salad Dressing 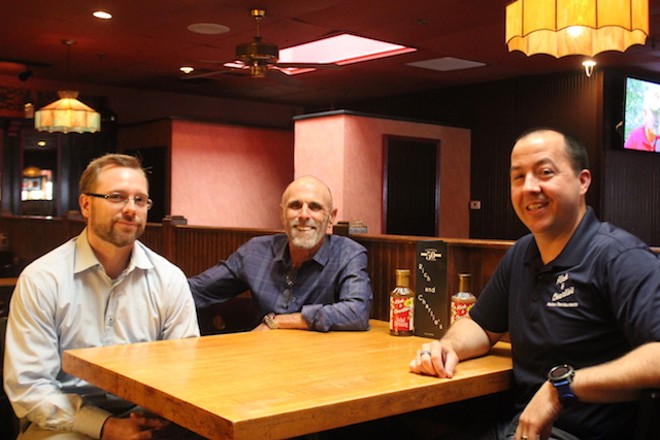 Fifty years ago, a pair of Italian families with long roots in the St. Louis restaurant industry opened a place on Delmar. Rich and Charlie's, named for co-owners Rich Ronzio and Charlie Mugavero, quickly became known for its pasta, its salad dressing and its knishes.

Yes, knishes. The original Rich and Charlie's was a Jewish/Italian hybrid, with matzoh soup and pastrami in addition to canneloni and cavatelli. It was, recalls Marty Ronzio, a late-night spot — it had no liquor license, but stayed open 'til 3 a.m. to accommodate hungry revelers.

"A lot of the business was after the bars were closed," he says. "Instead of going to the pancake house, you'd go eat some pasta."

It goes without saying that much has changed since that opening in 1967. But what's almost more remarkable is what hasn't. When Rich and Charlie's owners brought back an original menu to celebrate their 50 years in business last week, they realized that all but one of the pasta offerings were still on the menu. That salad dressing is still exactly the same (customers buy it by the case, online and at local groceries). And even though the restaurant's matriarchs no longer make the pasta by hand in a family basement, the recipes have not been altered.

The current owners — cousins Marty Ronzio, Emil Pozzo Sr. and Chuck Pozzo, who are descendants of the original Rich, as well as Emil's brother-in-law Dominic Puleo — say they've added some things and taken away others. Naturally, they now offer gluten-free options, as well as low-carb ones. They no longer offer knishes; the Jewish stuff is almost entirely gone.

But for the most part, they say, customers look to them for their consistency.

"People like to see a familiar face," says Emil Pozzo Jr., manager of the Crestwood location. "We get a lot of people who ask for their server by name."

They come for the friendly service, the generous portions ("we go through a lot of to-go boxes," notes Paul Ronzio, manager of the Lemay Ferry location and Marty's son) and the kind of St. Louis-style Italian that might surprise diners in Naples or Venice, but that feels at home in south and west county. Customers buy "Rich and Charlie's Famous Salad" by the pan come the holiday season.

"People know what their favorites are," notes Paul Ronzio. "Seventy percent of them, they're ordering the same two or three things every time."

He adds, "There would be riots if we got rid of the pasta con broccoli." 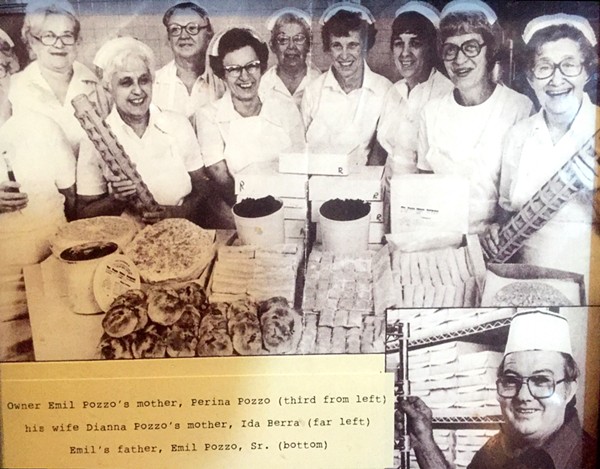 The family has stories. Back when they opened the first Town & Country location, people would ride up on horses — that's how far the place seemed from the city in those days. And there was once a white tablecloth Rich and Charlie's, located near the old Arena.

"People would dress up in coats and ties to go to hockey games," recalls Marty Ronzio. "They were crazy busy at that location."

The closure of that Rich and Charlie's was tied, in part, to the tragedy in the restaurant's backstory: Co-founder Charlie Mugavero was killed, along with his wife, when the commercial airliner they were on crashed en route to Puerta Vallerta.

Of that Arena location, says Marty Ronzio, "That was Charlie's baby. When he passed away and we had all the other things going, it just didn't make sense any more."

These days, there are four Rich and Charlie's, all in St. Louis County. The original location at Delmar and Old Bonhomme is not among them. Among the many branches on this family tree is the Pasta House — Rich Ronzio opened its original location in downtown St. Louis along with his two nephews and investors Kim Tucci, Joe Fresta and John Ferrara. Later, says Marty Ronzio, the two families went separate ways, and during the split, the original Rich and Charlie's on Delmar became a Pasta House.

Marty Ronzio attributes the parting to differing visions for the business. Rich and Charlie's decided not to franchise, to keep things in the family. They have no regrets, he says. 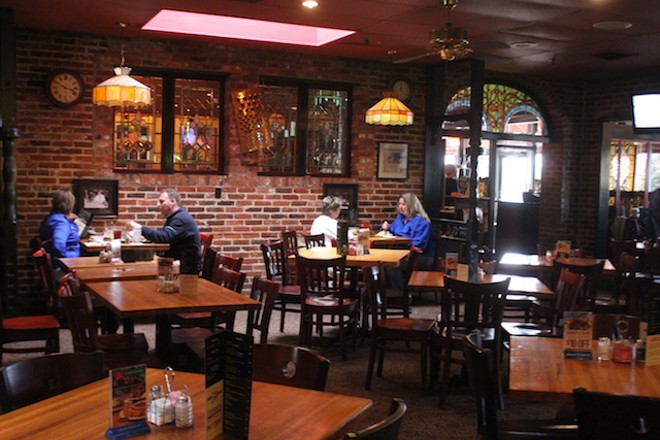 As Rich and Charlie's celebrate its 50th anniversary this year, the restaurants are offering a special: Sunday through Thursday, you can get two pastas from the original menu, salad and mini cannoli for just $19.67.

Even better is the deal that lets you roll all the way back to 1960s pricing: Twenty lucky winners each month will be selected to dine out at the original prices, based on their willingness to share their memories under #richandcharlies50 on social media.

You don't need to be online to get in on the competition, though; diners can also share those memories in person. That's not exactly unusual for Rich and Charlie's, even if the payoff is.

"I don't think there's a day that goes by that somebody doesn't walk through the door and says, 'I've been coming in here since I was three years old,'" says Marty Ronzio. "There are people who come in who you've known for twenty or thirty years. You end up going to funerals."

Says his son, "You can't walk through the dining room without recognizing at least one table."