For $80K, You Could Buy a Failed Kirkwood Restaurant

If you've ever dreamed of owning a restaurant in Kirkwood, we've got a deal for you: For the low, low price of $79,999, you could purchase the name, equipment and fixtures of a spot that lasted all of two weeks.

According to St. Louis Magazine, the Fryer's Daughter opened as a fast-casual fried chicken restaurant at 10332 Manchester Road on April 1, only to close on April 15. But never fear, the spot has a history of failure: Prior to that, it was the Wood Cask, a bourbon-and-comfort-food venture that closed in March after almost two years (and a serious blast of criticism from the RFT's own Cheryl Baehr).

Dan Marten, who owned the Wood Cask before repositioning it at as the Fryer's Daughter, attributed its closure to a combination of problems, including technical malfunctions and personal health issues.

On Yelp, customers complained of a confusing layout and some seriously bad service, the same thing Baehr highlighted in her review of the Wood Cask. Some were fairly vicious: 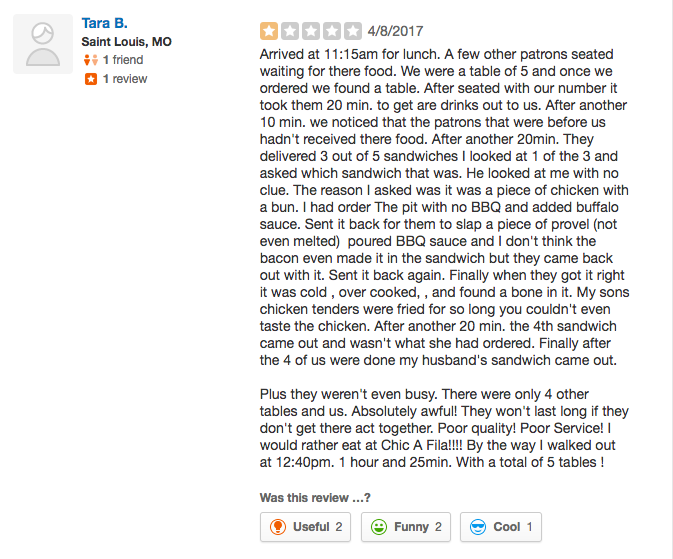 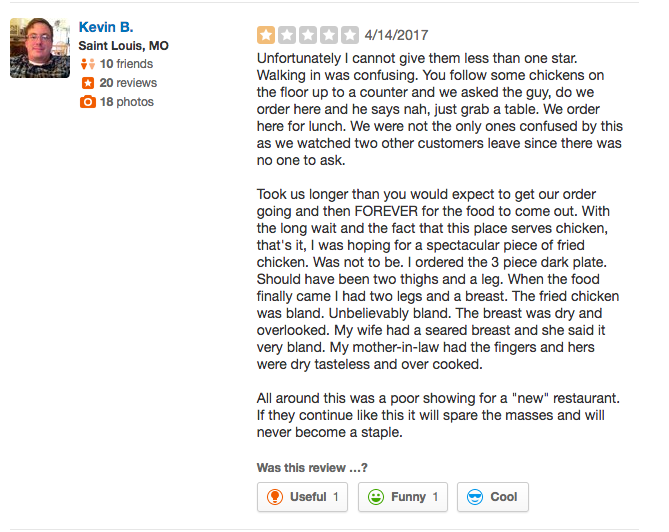 But hey: The 2,880 square-foot space is now available for lease, for an “aweseome” price, according to a listing on BizBuySell.com. An investment presentation highlights its great atmosphere and location, and promises that it “will be featured on TV in the coming weeks for free press.”

The sale includes equipment, fixtures and the Fryer’s Daughter name — although not the building itself and not the inventory.

The space includes a bar, hardwood flooring, and wood-plank wall coverings, an inviting canvas for whatever restaurant is the next big thing in food. But hey, if you decide to plunk down your savings on turning this spot into the restaurant of your dreams, maybe pay attention to those service issues.