Center Ice Brewery Will Bring Craft Beer, and a Hockey Theme, to Midtown 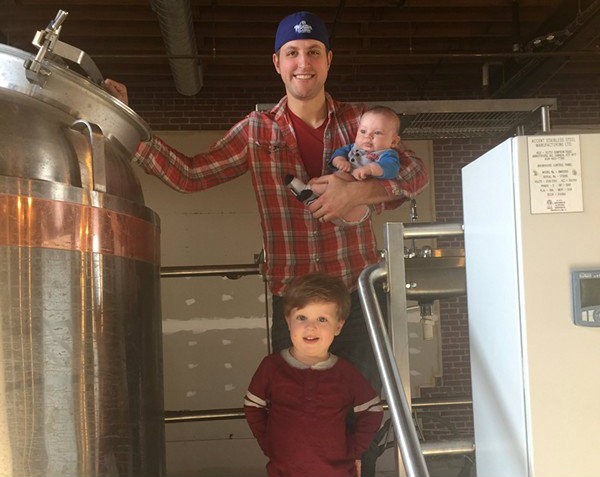 Entrepreneur Steve Albers is giving St. Louis a new place to indulge in two of its favorite things: craft beer and ice hockey.

Albers is the brains behind the Center Ice Brewery, a new tasting room and brewery he hopes to open by mid-to-late May. He has the location: 3126 Olive Street in Midtown. He has the passion: seven years of home brewing. He has the nostalgia factor: photos and souvenirs from the St. Louis Arena, the home of the St. Louis Blues for almost 30 years, which he plans to use to decorate the tasting room.

“We are targeting both craft beer enthusiasts, but also hockey fans,” Albers says.

Albers has been home brewing since 2010. As he watched breweries like Urban Chestnut and 4 Hands take off, he found himself getting inspired. In 2015, he quit his job in bank management to focus full-time on opening Center Ice Brewery.

Albers spent a year looking for the perfect location for his new endeavor. From there, it has been a process to get it going, one where Albers has been feeling every emotion and working upwards to eighteen hours a day to prepare for next month's opening.

The tasting room’s bar and tabletops will be made out of salvaged wood from the old Blues arena. Televisions will allow patrons to watch the game. There will also be a little penalty box for people to sit in, with the door coming from the old arena.

The brewery will offer ten (and eventually, Albers hopes, twenty) rotating taps of craft beers. Albers says he is always striving for creativity when it comes to brewing his creations, trying out new ingredients to deliver a unique taste to the craft beer market. The only way to get Center Ice Brewery concoctions will be by visiting the brewery itself, as they will not be distributing. The bar will also not be serving food.

In addition to newfound passion for brewing, Albers is the organizer of the Frozen Cup, an annual hockey tournament that seeks to raise money to help families affected by autism. The brewery plans to participate in different beer festivals and as many not-for-profit events as possible.

“The community has supported me all throughout these years, so that’s our way of giving back,” Albers says.