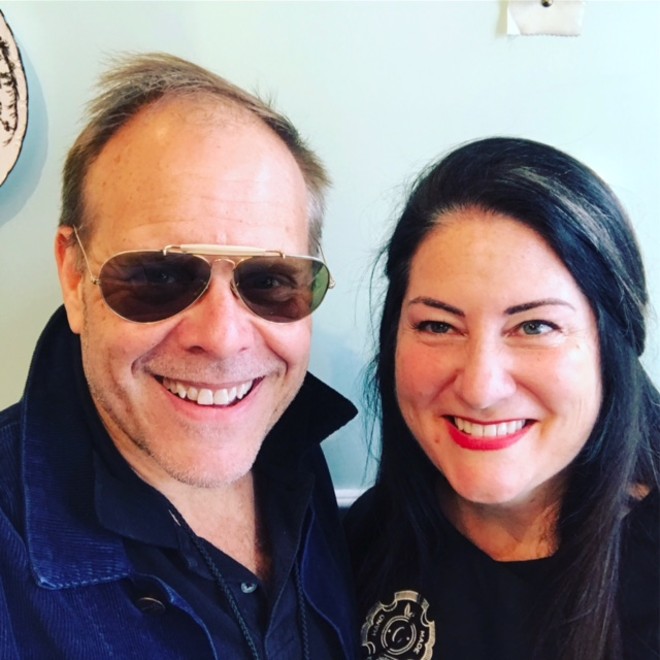 Tamara Keefe, the owner of Clementine's Creamery (1637 S. 18th Street, 314-858-6100), was scrubbing the baseboards of her Lafayette Square shop around noon yesterday when an unexpected guest walked through the door: Alton Brown.


But before Brown took the stage to talk about food, he took to the streets of St. Louis to eat it. And by all accounts, he liked what he found.


And that's not at all. He also took time to give Keefe the shock of her life in Lafayette Square. She tells us Brown tried a host of flavors and left with seven pints — a mix of both naughty (read: boozy) and nice (alcohol-free). Apparently, judging from his other tweets yesterday, someone in his crew was celebrating a birthday ... and what's a birthday cake without ice cream?

Oh, Keefe tells us he even bought a Clementine's T-shirt. So don't be surprised if you see Brown on the road repping St. Louis. After brunch, coffee, and seven whole pints, it's fair to say that here's a TV personality who does thorough research.