But that's not the point. Everything on the voluminous menu is cooked to order — these sandwiches, fries and fish dinners aren't sitting under a heat lamp waiting for you to summon them to service. A row of seats in the sunny main room awaits anyone who wants to come on in; if you'd rather hit the drive-through, the owners recommend you call ahead. Usually, they'll need at least fifteen minutes to get an order ready.

Tasty Shack occupies an old Jack in the Box near the intersection of Chippewa and Gravois, but if you do stop in, you'll see that the interior has been given a glossy new look, with pale wood and stylish light fixtures. There's a glass case of prepared desserts near the cash register, and you can peek over the counter to the kitchen in the back. Co-owner Sam Lateef says he and his partners wanted to make sure the food prep area was visible to customers — that way, he says, you're not wondering what's going on back there.

Lateef, who is originally from Pakistan and now lives in O'Fallon, Missouri, told the RFT on a recent visit that he owned a number of cell phone stores, but saw the building as a good business opportunity. He credited his partners with the work in the kitchen, saying he only runs the front of the house, but didn't respond to four follow-up phone calls seeking more information about the rest of his team.

But you needn't supersize your order — on our recent visit, even a small order of chicken tenders, for $6.99, contained six large pieces breaded in a gently spiced coating, plus fries and a piece of white bread (which, oddly, seems to be included in most orders — as if the fries aren't supplying carbs enough?). It's hard to imagine anyone with would need the larger version, which sells for $8.59. In some families, even the small size would be enough for two. 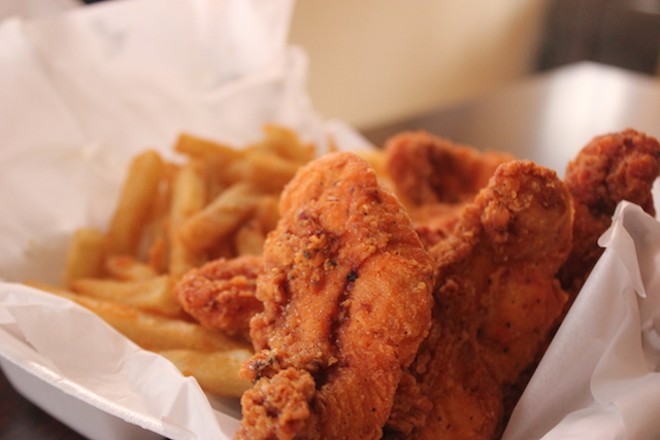 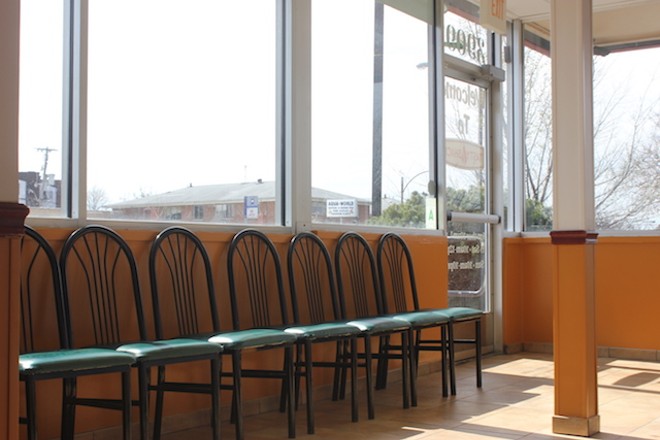