Chef Logan Ely Is Back, with a New Pop-Up on the Loop — and a Call to Rethink Food

There’s a new sheriff — err, chef — in town, one who’s bringing a new perspective to St. Louis diners. But is it really new, or is it ancient?

Chef Logan Ely, a St. Louis native who recently returned to the city after twelve years cooking in hotspots around the world, believes that chefs must rethink the idea of food when faced with the world’s rapidly growing population and demands on our lands and oceans.

The 32-year-old has recently launched a pop-up series, with dinners at 8 p.m. every Friday and Sunday in the Delmar Loop. Those interested reach out on social media and then receive a phone call with details on location, pricing and parking. Ely calls it "the Square One Project."

The intimate dinners, which seat just twelve guests at three tables of four, provide an introduction to Ely's novel way of thinking about food. Courses are served by Ely and two co-chefs, along with a description of each dish's ingredients and preparation. The inaugural dinner on March 17 included ten courses plus a cocktail (and wine pairings).

Many of his dishes are composed of what many consider to be byproducts of the cooking process and thrown away — spent coffee grinds, brewing grains and peels from fruits and vegetables. Nothing is off limits. He likes to question long-held standards, such as peeling carrots: “Do you have to? Or, can you use the peels for something else?” He explains, “I think about these things, not because it’s 'cool' or because of a shock factor, but because it’s important.”

His style of cooking goes beyond the recent “farm to table” movement that brought local farmers to the forefront of the conversation and the “nose to tail” trend that focused on utilizing every part of an animal to avoid waste. This philosophy takes things to a grander scale, seeking to reconnect people to the land that sustains us.

It was almost inevitable that Ely would become a chef since he grew up with either his mother, grandmother and sisters cooking in the kitchen at home or working in restaurants. And even though he spent his high school years more concerned with being a teenager than figuring out his future, upon graduation he decided to enroll in the culinary program at Forest Park Community College.

He began his career in St. Louis, working locally at An American Place. He then embarked on a culinary tour of the world of sorts, in order to learn and hone his skills. He worked in kitchens in Chicago (North Pond), Hong Kong, New York (Blue Hill at Stone Barns), Napa Valley (the bakery of the French Laundry), Houston (Pass & Provisions), Copenhagen and Oslo.

Ely moved back to St. Louis just over a month ago, even though originally he had no intention of returning to his hometown. He says he made the decision after hearing about the increasingly innovative food scene. He reached out to Vicia’s Michael and Tara Gallina (also both alums of Blue Hill), picked their brains for information and knew this was the right move. 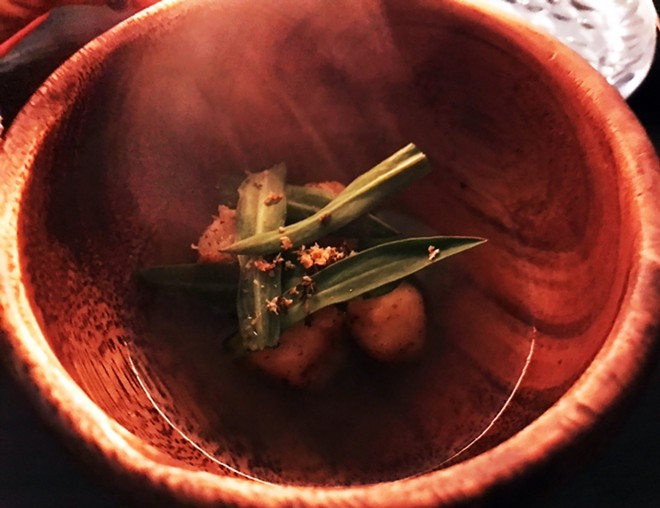 Upon moving back, he set to work rediscovering St. Louis. Several local chefs referred him to Anne Lehman, whose Dirty Girl Farms is based in her backyard in Tower Grove South. Her unique herbs and flavors have proved to be a great fit for his dishes.

“I took tour of her garden and was immediately impressed. I’ve never seen anything like that. She’s doing so much with the space that she has," he marvels. "I must have seen 50 herbs, and I’d only heard of maybe three of them.” He’s also working with Such and Such Farms in DeSoto, Missouri.

Ely’s inspiration comes generally from the seasons, nature and what’s available. He's constantly on the lookout for new ideas.

During the week, Ely's makeshift kitchen in the Loop is a culinary lab of sorts that allows him to test his ideas. Ely executes his entire menu with just a small induction burner, a toaster oven and two pans. Successful creations are featured in his weekend dinners.

Creativity and efficiency, he says, are the keys to making a lean kitchen work. He’s worked in large, beautiful kitchens with 30 cooks and in tiny basement kitchens in New York City — he knows size isn't everything. In fact, he’s noticed a lot of waste in larger kitchens of food, disposables, space, equipment and utilities, and vowed to rethink that in his own kitchen. 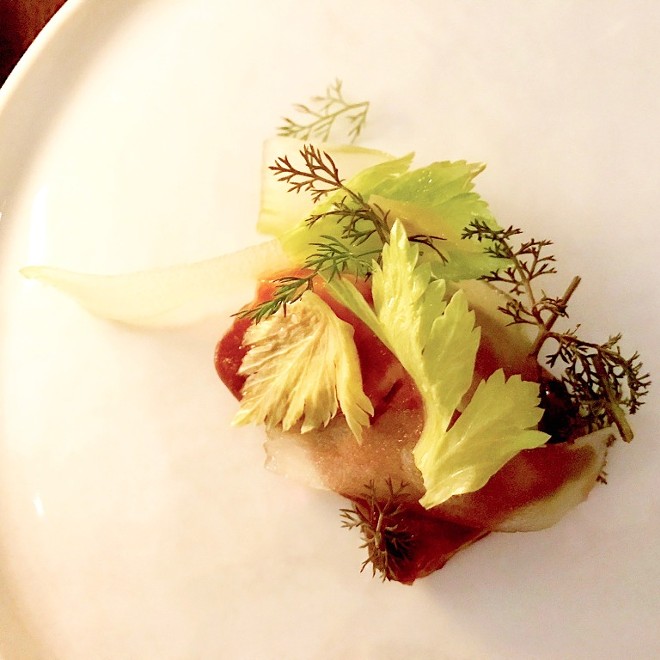 Ely's long-term plan is to one day own his own restaurant, but he’s not concerned with that at the moment. He’s focused on the experience.

“As a cook, you should want to continue to explore new ideas, techniques and food, new and old, mainly because it’s fun. It’s more fun for me, for example, to figure out a cool and tasty way to serve vegetables than to roast off a piece of foie, or wagyu beef – that’s easy.” 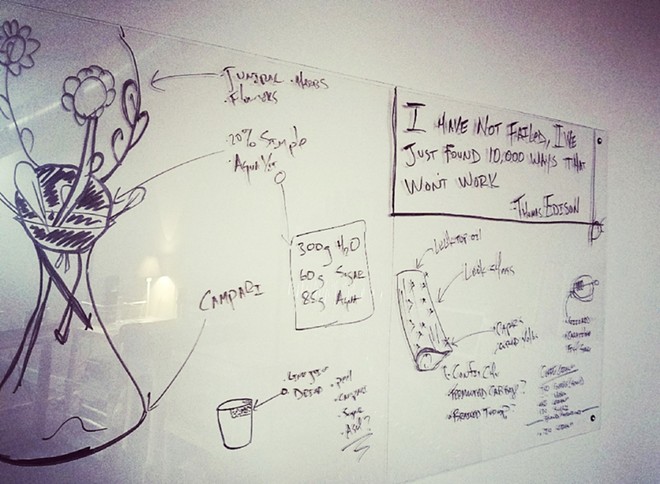