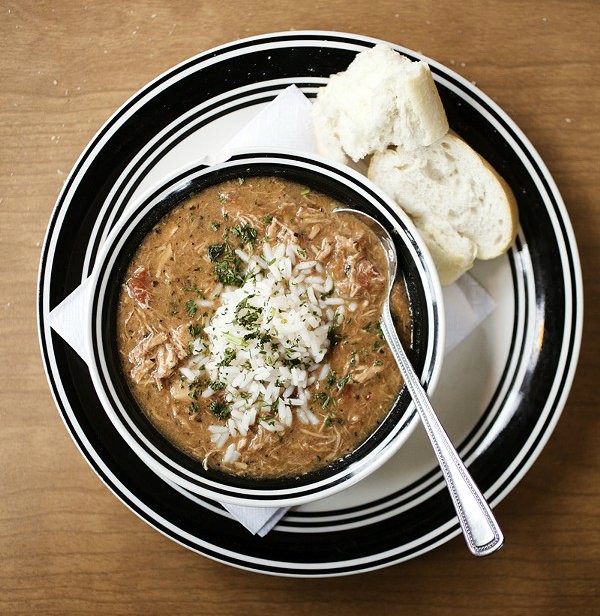 Originally from New Orleans, Kogos moved to his wife's native St. Louis after Hurricane Katrina. Riverbend opened near Cherokee Street at 701 Utah. in 2010. The concept earned raves from critics; The RFT pronounced it the best Cajun/Creole in the city — no small feat, that.

But the kitchen was just fourteen feet by fourteen feet, and Kogos was unhappy with the lack of foot traffic. "It's not an easy location to find," he told the RFT. "I'm not sitting in the Loop or the Central West End — we're really thankful for the readership and the people who actually come in." In 2014, he thought he'd found the solution — the former Harvest space in Richmond Heights.

Some of the magic seemed gone, though, in the bigger space. (The Post-Dispatch pronounced it underwhelming.) And while the location had plentiful parking and good visibility, Kogos told St. Louis Magazine that the building could have used outdoor seating. Facing the end of his lease and a few other factors, he elected to tell staff the news last week and make Sunday night the last evening of service.

Editor's note: Due to a typo, we previously provided the wrong hometown for owner Sam Kogos. He is, of course, a native of New Orleans. We regret the error.