The newest pizza to hit Skinker is fast, flavorful, and ... oblong? 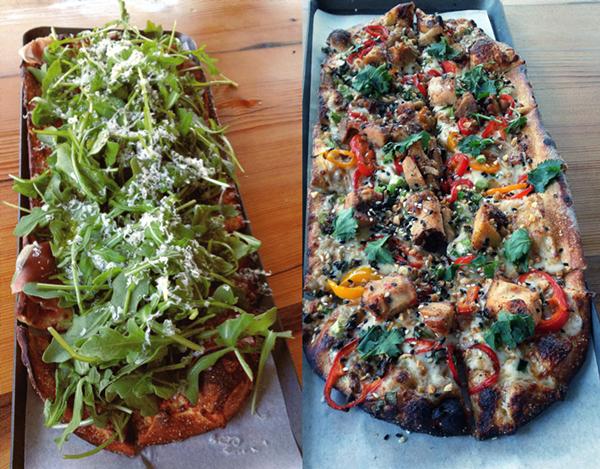 Although there’s a wide range of flavors to try, ‘ZZA is consistent in its presentation and pricing; each pizza costs $9 and clocks in at about a dozen square slices. Service is fast, too — thanks to the quick-working employees and high-heat convection oven behind the counter, pizzas are ready in only a few minutes.

The pizzas, which hit a satisfying balance between “serves one” and “overloaded with ingredients,” come on a football-shaped cornmeal crust that plays to both sides of the grip debate; each piece is easy to hold — or fold. It’s thin enough to not get in the way, but structurally sound enough to keep it all together without falling apart (looking at you, St. Louis-style cracker crust).

Of course, what’s pizza without booze? ‘ZZA stocks a refreshing selection, with 4 Hands IPA and Schlafly Kolsch on draft, and cans from Stone and Left Hand Brewing. And, for the classy, discerning diner, ‘ZZA offers single-serve wine pods.

‘ZZA also sells seven salads, including the “ZZA’lafel” — a Greek-inspired kale and romaine salad with falafel, chicken, and a yogurt-mint dressing. Although the $9 price tag (and corny names) might leave some diners skeptical, the salads are filling and, in some cases, larger than the pizzas themselves.

It goes without saying that, if any menu items aren’t to your liking, the pizzas and salads are fully customizable (and gluten-free, if you desire).

The corner space is well-organized, with plenty of seating at tables and at the window. The friendly staff, modern décor and relaxed atmosphere make it an accessible addition to the Skinker-DeBaliviere neighborhood. 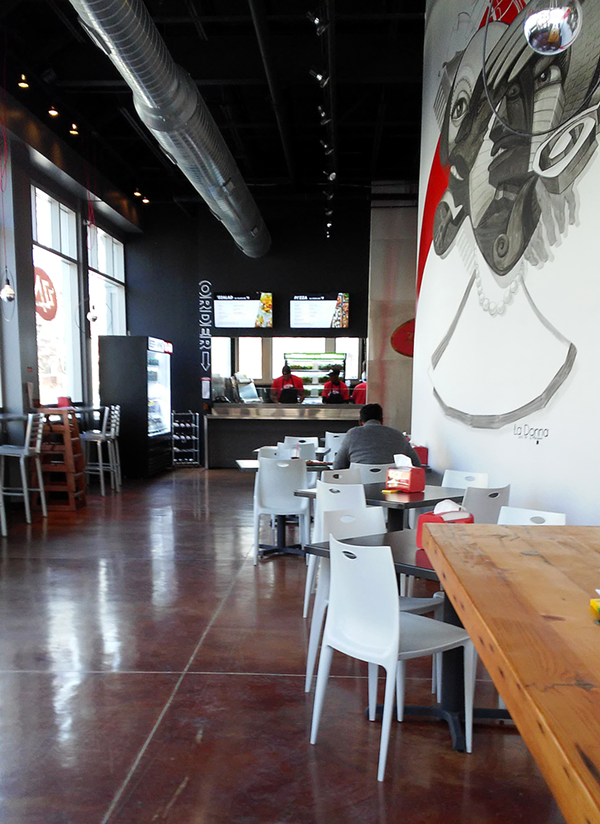