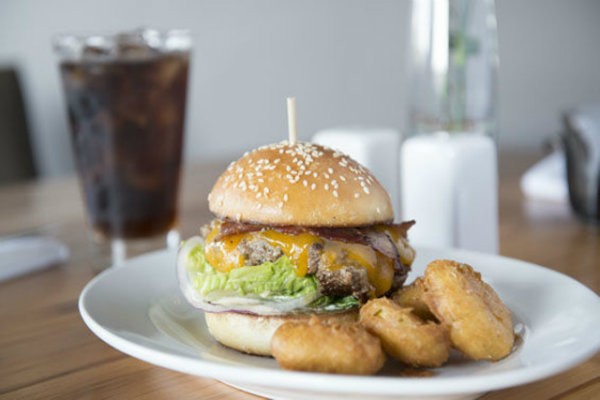 Restaurant owners John and Cathy O'Brien blamed low revenue, caused in part by the Kingshighway closure that has rerouted traffic from the immediate vicinity for more than a year.

The bridge reconstruction was supposed to wrap up by late 2016, but delays have stretched the project until at least April.

"We couldn't keep it going. You can't blame it all on the bridge, but the bridge is a pretty significant part of it," John O'Brien told St. Louis Magazine. I think all the businesses around [us] are suffering to some extent because of the lack of traffic down Kingshighway."

Three Flags aimed to be a neighborhood restaurant, but it succeeded as far more than that. In her rave review, the RFT's Cheryl Baehr praised the restaurant for its "impeccably executed, yet unfussy" cuisine.

The restaurant also earned "Best Brunch" honors during its three-year run, although, ominously, our write-up mentioned its location in the "traffic hellhole" caused by the Kingshighway project. We wrote, "[T]here are few reasons to drive through this mess. It just so happens that many of them are on Three Flags' brunch menu, served on Saturdays and Sundays from 10 a.m. to 3 p.m."

Unfortunately, it looks like brunch wasn't enough to sustain the place through some hard times; its loyal fans will surely be both shocked and saddened to see it go.