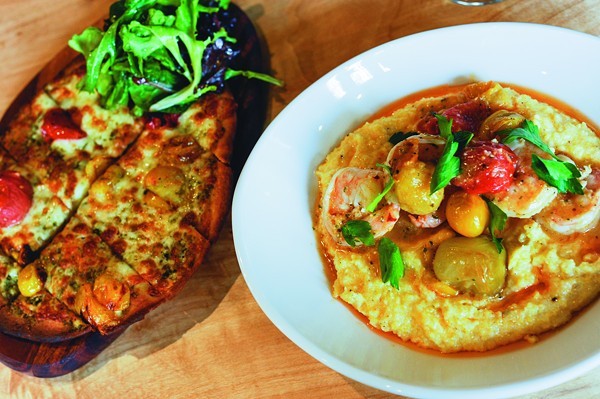 If the glorious spring-like temperatures St. Louis enjoyed in February weren't enough to put a smile on your face, may we draw attention to some of the area's wonderful restaurant news? Maplewood got a new waffle spot in the storefront vacated by I Scream Cakes, a new high-end eatery called the Blue Duck — and a breastaurant too! Grand Center got a new French pastry shop, a Kaldi's Coffee and a new and improved version of the Dark Room, which closed its original digs just one block over the month before.

And that's not all. Did we mention the Grove now has some of the city's best donuts — and that Sardella is now offering brunch? Oh, and there's a new Blues-themed bar bringing the hockey magic to Maryland Heights! No food yet, but give them time. Everything's coming up roses, and below are all the addresses you can use to check out the latest and greatest.

See also: Chipotle on the Loop to Close at Month's End