Previously, if you wanted a morning bite at Sardella (7734 Forsyth Blvd., Clayton; 314-773-7755), Gerard Craft's four-month-old Clayton hotspot, you had to order at the counter. It was quick and the food was relatively lite — "a lot of healthier things, for people who wanted to wake up and go," in the words of executive chef Nick Blue.

This weekend, all that changes. In addition to the fast-casual counter-service breakfast being offered on weekdays, Sardella is now offering a full-service brunch from 10 a.m. to 2 p.m. on both Saturday and Sunday.

The difference between the old offerings and the new weekend ones is real in terms of both style and substance. It's not just that a server will now be fetching your food — it's also that, going forward, you'll be encouraged to linger, have a mimosa and maybe even order dessert.

Weekday favorites including the breakfast BLT and cheeseburger will still be available on the weekend, but in addition to those standards, Blue and Craft have collaborated on a menu that features surprising, and tasty, dishes that play off the Italian flavors in the dinner menu.

Two egg dishes directly riff on the classics. "Cacio e Pepe Eggs" take the standard Pecorino and pepper, only they use egg as a base instead of pasta. Served with a fresh arugula and fennel salad and bread to sop up the sauce, "they're cheesy and good and peppery," Blue promises.

And the "Eggs Amatriciana" transpose the spicy, guanciale-laden sauce used in the famed pasta of the same name to an egg base. 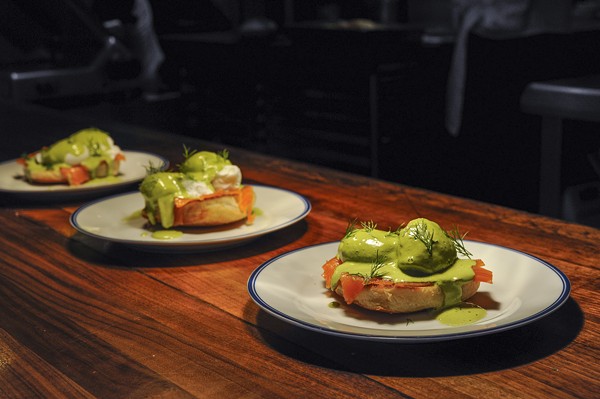 Another collaboration, Nutella risotto balls, are just as promised in their name, with whipped cream cheese. Blue says they'd make a great little nibble to share, or a decadent dessert. "Cinnamon Toast Crunch used to be my favorite breakfast cereal when I was growing up," he confides. "To be honest, it still is. These are a playful bite that reminds me of that."

Did someone say Cinnamon Toast Crunch? Oh, and the menu also promises boozy floats and affogato for a final course, so you can either mellow out or rev up, depending on the particular demands of your hangover.

In addition to the brunch hours, Sardella is also transitioning its lunch service on weekdays. Beginning this week, instead of counter service, the restaurant is offering full service lunch, too, Blue says.

The chef acknowledges that adding brunch service to a spot that already offers breakfast, lunch and dinner is a lot, but he's convinced the staff is ready for it.

"The kitchen here isn't huge," he says. "But we're kind of like family." Meaning, he adds, laughing, "By the end of the week, we're ready to kill each other." 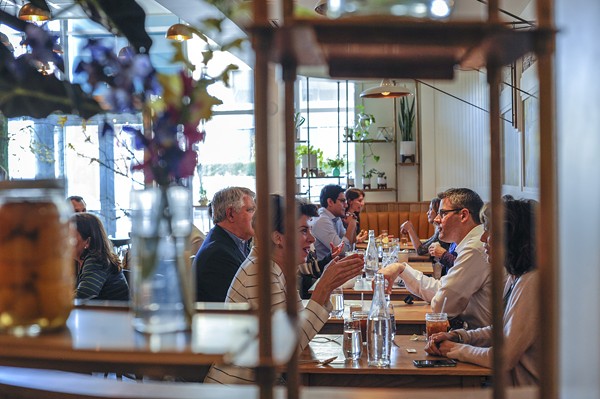