Another Shake Shack May Be Coming ... to Ballpark Village? 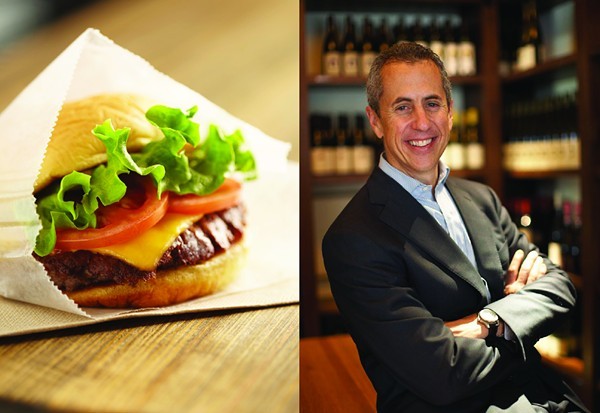 Could Ballpark Village become a destination for dining — not just a fun spot for a pre- and post-game party? St. Louis Magazine suggests that no less than Danny Meyer is now eyeing the downtown development, which sits in the shadow of Busch Stadium.

Meyer, owner of New York's Union Hospitality Group, announced last year that an outpost of his acclaimed burger and ice cream joint Shake Shack would (finally!) be coming to his home city. That location is slated for the Central West End — but according to St. Louis Magazine, Meyer is now toying with the idea of a second St. Louis location, this time near Ballpark Village.

Meyer is eyeing space near the Fudgery, on the northwest corner of Phase One of Ballpark Village. According to the magazine's George Mahe, regarded as the dean of St. Louis food writers, construction documents have been made and "at least some are out to bid." However, as the article explains, that doesn't mean anything definite; restaurants frequently do just that to examine costs and other factors before signing leases.

Either way, the Central West End location is still a go. It will be located at 32 North Euclid Avenue near the the Barnes/Children's Hospital complex. It was originally supposed to open this summer, but that's been pushed back owing to construction delays. In fact, if a deal is made on the Ballpark Village location soon, Mahe speculates it could be the first to open, since the space is already built.

Either way, good things come to those who wait.