Good Fortune Plans to Open This Summer in Botanical Heights 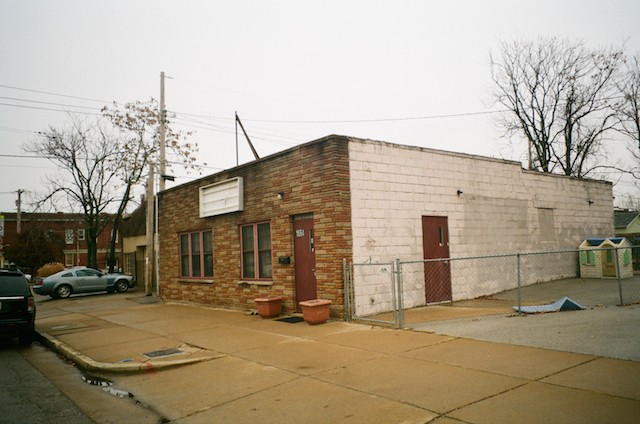 Good Fortune wants to disrupt the Chinese food game. And this summer, it plans to do just that in its new home at 1654 Tower Grove in Botanical Heights.

The restaurant is the brainchild of Bob Brazell, Ryan McDonald and Hana Chung of Byrd & Barrel and Corey Smale of Strange Donuts. Almost a year ago, the quartet announced their plans to open an "Chinese-Americanese" spot in the Central West End. Plans have shifted south in what Brazell calls a "blessing in disguise."

“It’s definitely evolved … we ended up with a location that we really love, and we bought the building,” Brazell says.

The 1,496-square-foot building is near Tower Grove and Lafayette, just one block from Ben Poremba's acclaimed Elaia and Olio. Thanks to those two restaurants, along with Poremba's Nixta, La Patisserie Choquette and Union Loafers, the neighborhood once known as McRee Town has become major dining destination.

Even as the location has changed, Brazell says, the team's plans for food offerings have shifted, too.

"We’re going to focus on the traditional methods — making our own soy sauce, fish sauce and fermenting our own black garlic,” he says.

“We just want to keep it simple with the ingredients, the suppliers and customers,” Smale says. “We want to know what they want from a restaurant. In some ways it’s more simple than ever but sometimes you have to do a lot of hard work to get to a good result.”

The Good Fortune dream team, which also includes architect Gabe McKee, artist JP Burcks, and photographer Cory Miller, spent the last ten months trying out ideas and networking with both chefs and the public. Throughout 2016, they collaborated with a variety of partners for pop-ups and events, including Rockwell Beer Company, Float STL, and Chef Brian Moxey of Brasserie. They also catered the VIP food offerings at LouFest.

The Good Fortune team has more unique events planned before their anticipated opening in July. On February 24 and 25 they are teaming up with Chef Mike Randolph (Randolfi’s, Público, Half and Half), for a small-scale Escoffier-inspired “Diversion Dinner” with more than twelve courses.

“We’re really lucky to have a lot of talented people in St. Louis," Brazell says. "With the wait we had, we were able to do these cool events. We like to do things our own way, and let the [events] give some clues about what we do…and the skill level of [McDonald and Chung]. I’m not bashful in saying we’re setting out to cook some of the best food in the city.”

Although the team is keeping a tight lid on menu details while Good Fortune is under construction, there’s another announcement to tide over eager eaters: Smale and McDonald are releasing a print magazine entitled fmlymeal, named after the family meal a restaurant crew enjoys before customers arrive. With a 100-copy print run, the first issue will include essays and insights from inside the industry, written primarily by Good Fortune’s friends around St. Louis. The team hopes that, by highlighting often-overlooked places and issues, they can persuade people to go to cool spots around the city they wouldn’t otherwise consider.

Good Fortune doesn’t have a concrete opening date yet, but hopes to open this July. Those interested are urged to follow the restaurant on Twitter @goodfortunestl.