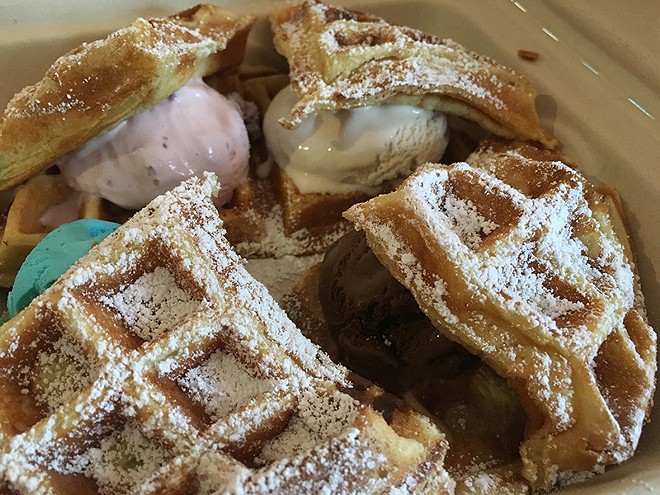 Good things come to those who wait.

Even three hours after opening its doors for the first time this Saturday, Boardwalk Waffles and Ice Cream (7326B Manchester Road, Maplewood) had a line wrapped around the building. It's not hard to see why: The irresistible smell of freshly made Belgian waffles was enough to seduce any passerby.

The counter-service shop sells two things and two things only: Jersey Shore-style waffles and ice cream. You can order each option solo or, more excitingly, combine them for a waffle sandwich. Sandwiches come in three sizes: Full (two waffles, four scoops), half (one waffle, two scoops) and single (half a waffle, one scoop). Coffee, juice and soft drinks are also available.

The fluffy, made-to-order Belgian waffles are perfectly complimented by a selection of sixteen flavors of ice cream, made by Webster Groves-based Serendipity.

The shop is the brainchild of Eric and Laurie Moore, the St. Louis Business Journal reports. Eric, who previously worked for Saint Louis Bread Co., grew up on the East Coast and enjoyed the waffle-and-ice-cream combos that are popular on the Jersey Shore. Fittingly, the walls are lined with black-and-white photos of the boardwalk and its amusements.

There isn't much seating available in the 600-square-foot shop, which was previously (briefly) the home to the second outpost of I Scream Cakes. The storefront has a small bay window lined with benches, which may provide a place to put up your feet on a less busy day.

But on the Saturday afternoon we visited, most customers made do with standing. No complaints here: Our waffle sandwich was gone long before we could even think about sitting.

Ice cream in February — who knew that would be a treat worth waiting for? 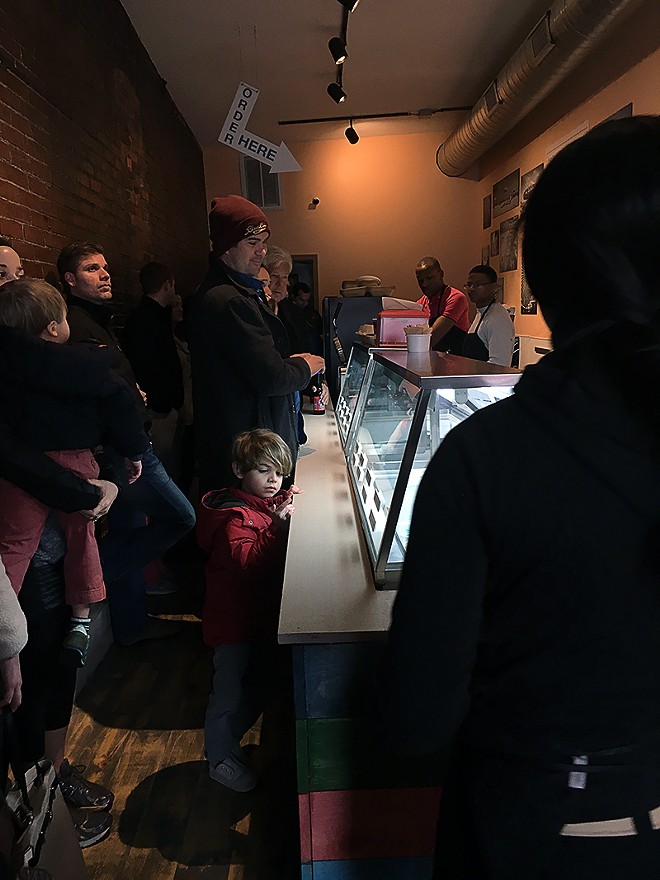 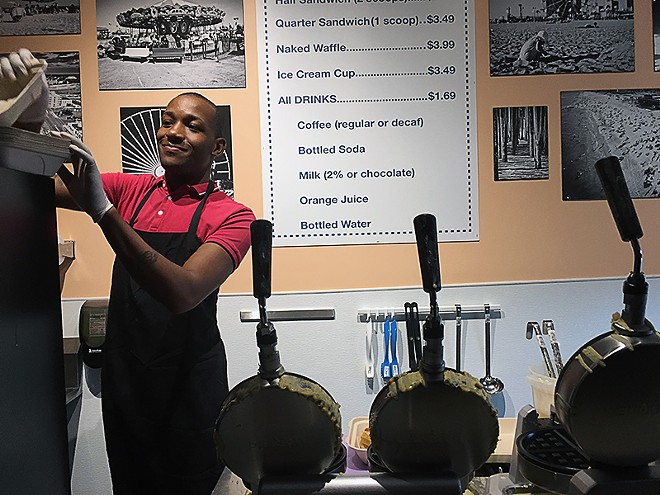 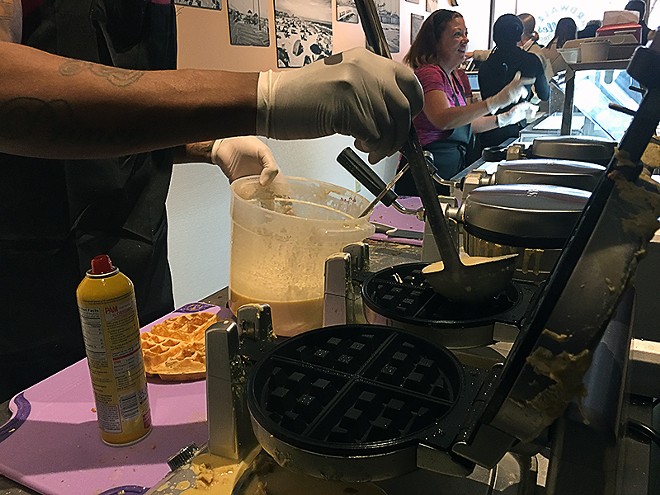 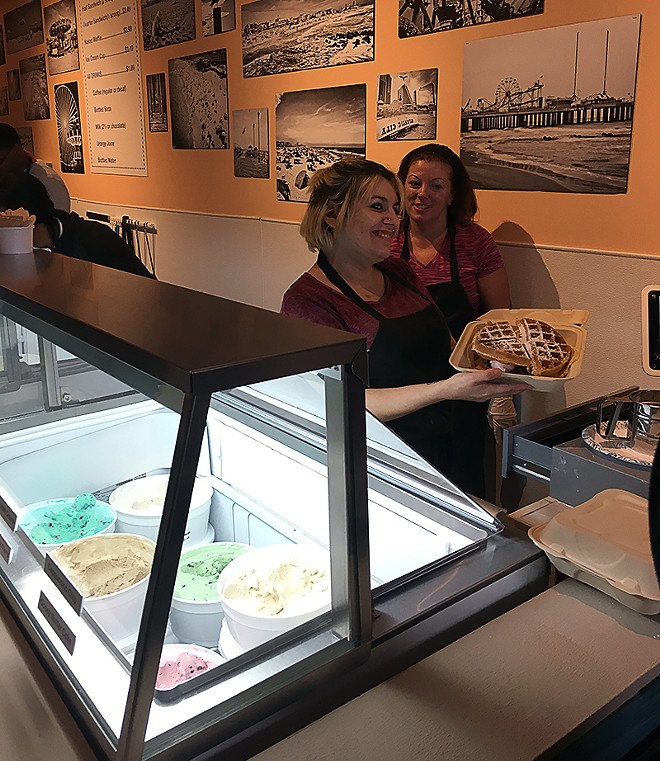 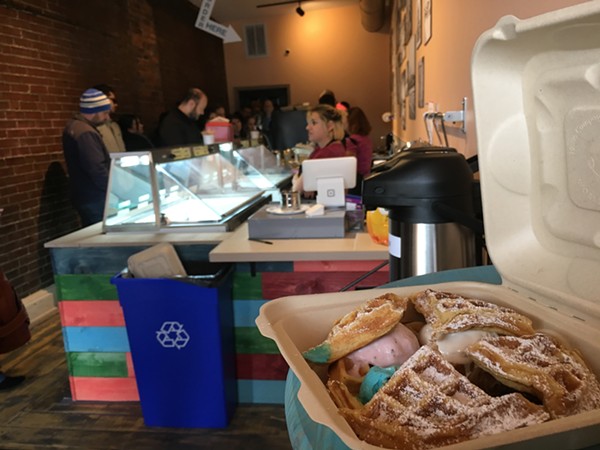