How McDonald's, and Friendship, Led Chef Michael Friedman to Retreat 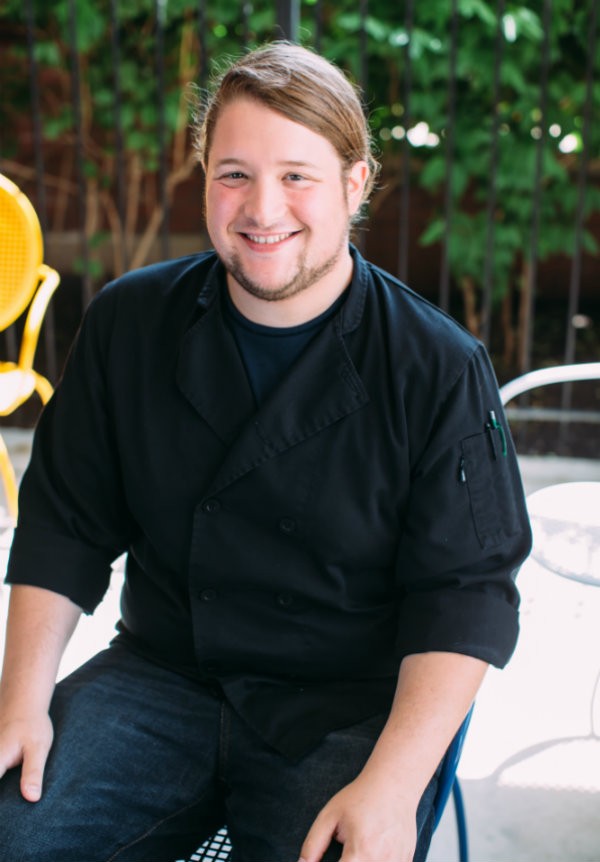 Michael Friedman of Retreat Gastropub (6 N Sarah Street; 314-261-4497) knows it sounds funny, but he credits his time flipping burgers at McDonald’s with making him the chef he is today. “Really, my first culinary education came from my time at McDonald’s — that, and bussing tables at Applebee’s,” he admits. “Of all places, they taught me about speed and cleanliness. They have to be streamlined to replicate what they do a million times every day. Cleaning as you go and all that stuff, I took that with me so that when I started my 'first' cooking jobs, I didn’t’ have to start at the bottom of the totem pole.”

Friedman’s childhood was infused with food references — from spending time with his mom in the kitchen as she made her signature lasagna to watching cooking shows on television — and he credits these experiences for igniting his passion for cooking. But he never thought he'd make a long-term career out of it. After high school, Friedman studied political science and history at Mizzou, though he didn’t really have a career in mind. “I just couldn’t see myself teaching in a school environment full-time,” he explains. “I enjoy teaching people anything I know when I’m cooking or pontificating over a few beers. I just couldn’t see myself teaching in that sort of restrictive environment.”

As he mulled over his options, he worked at a McDonald’s in Columbia. At first, the job was just a way to get beer money, but the more he worked, the more he couldn’t shake the feeling that he was on to something. “I didn’t love the food, but I loved the service industry,” Friedman explains. “I loved the idea of making something for people. Whether it is as utilitarian as a cheeseburger or as fancy as it can be, food is something that comes from one person’s heart to another’s. It gets into the soul of a person.”

Friedman decided he would pursue cooking as a profession, but he wasn’t sure what route to take. He could go to culinary school and learn the important technical side of things but incur a tremendous amount of debt, or he could learn on his own. “I just hunkered down full-force,” Friedman says. “I knew I would be semi-disadvantaged by not going to culinary school and having that technical background, but I learned as much as I could anywhere I could.”

Friedman counts Kirkwood’s now-shuttered Blue Water Grill as his first “real” cooking job. He moved up the ranks and trained under the legendary Lisa Slay and also sought out advice from co-workers, who were more than willing to share their knowledge with the proper encouragement. “If you get someone a beer, they’ll tell you their life stories and how to sear a steak,” he laughs.

While working at Lucas Park Grill, Friedman developed a friendship with one of the servers, Travis Howard. The pair bonded over food and Friedman’s willingness to share his knowledge with those around him. “Travis says the one thing that stands out to him is that, when there was a new server, or if we had a new dish, I really tried to explain it to people and let them get their heads – and their mouths – around it,” he says.

The pair kept in touch even as they went their separate ways. When Howard approached Friedman with his vision for Retreat, they began chatting more regularly, and eventually, their chats led to a consulting gig, which led to Friedman being tapped as executive chef. “I’ve had a really good perspective seeing this project from when it was completely raw to where it is now,” reflects Friedman. “My goal, in conceptualizing the food for Retreat has always been about putting out something super honest and delicious. I like the to-do of Michelin-starred restaurants, but not the hubbub. It’s like the content is amazing, but the vehicle isn’t necessarily approachable. I want to walk that line between high-end and approachable, really good food – the sort of food that is comfortable for everyone.

Friedman took a break from Retreat's kitchen to share his thoughts on the St. Louis food and beverage scene, Tenacious D, and the importance of authenticity in cooking.

What is one thing people don’t know about you that you wish they did?
That I've been in this game for a while. This industry is in my blood. From getting a job permit at fifteen to bus tables at Applebee's, flipping burgers at a fast-food joint, to cooking the most delicate seafood — I owe everything I have to the service industry.

What daily ritual is non-negotiable for you?
Making the bed. That's not to say I physically make the bed every day, but a made bed signifies the start to a new day, or the end of one.

If you could have any superpower, what would it be?
I always liked the lyric from "Wonderboy" by Tenacious D: "How about the power to...move you?" That is pretty powerful. If that's not available, invisibility so I can rob banks.

What is the most positive thing in food, wine or cocktails that you’ve noticed in St. Louis over the past year?
Maybe not specifically over the last year, but the slow trend to making things in-house. Sure, every operation can't make their own bread, but you can make the mayo that goes into the aioli. It's all about a compromise to make your most authentic, honest product. That's really what we are looking for — authenticity.

What is something missing in the local food, wine or cocktail scene that you’d like to see?
Its happening in large markets, but places like Eataly — large concepts that feel like a market with several restaurants and quick bites. I'm not doing it justice talking about it; it's everything.

Who is your St. Louis food crush?
Mary Ostafi of Urban Harvest and the Food Roof Farm. Her passion and drive are contagious. She and her whole team are like family to us at Retreat. I mean, there's a living, breathing oasis on top of a random building in the heart of downtown. What more could you ask for?

Who’s the one person to watch right now in the St. Louis dining scene?
One of my old chefs, Rachel Moeller, who is the current co-owner of Milque Toast. She's just one of the most hard-working, creative people I know. Come to think of it, Milque Toast is kinda like a oasis in the city too.

Which ingredient is most representative of your personality?
Cumin. It's earthy and has got a little funk. It's that ingredient that you can taste but can't put your finger on it.

If you weren’t working in the restaurant business, what would you be doing?
I don't know. Working with my hands creating something, teaching somebody something. I have a couple of rental properties, so I'd probably push harder on that front.

Name an ingredient never allowed in your kitchen?
A microwave.

What is your after-work hangout?
Well, I have a poker club that I regular, and the [Scottish] Arms is right next door. But, I mostly like to hang out with my fiancée and our puppy.

What’s your food or beverage guilty pleasure?
I find myself eating meat, cheese and crackers, just standing there in the kitchen after a long day and not knowing what to cook. That's the old standard.

What would be your last meal on earth?
I'd love to say my mom's "famous fried chicken," but only if she is cooking it for me. Otherwise it would be an Indian buffet, because I will eat so much I might as well be dead.