Moya Grill Has Closed in the Loop 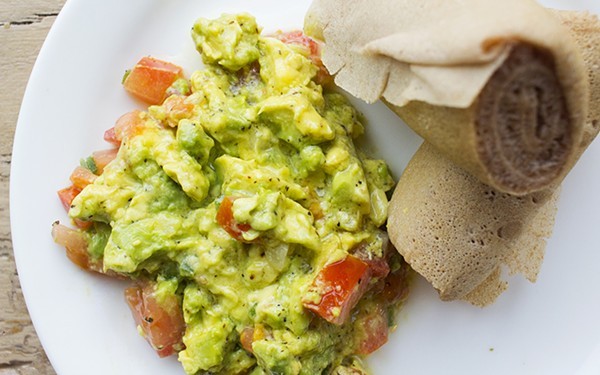 Another restaurant in the Loop has closed.

Moya Grill (567 Melville Avenue, University City), the fast-casual spinoff of South Grand mainstay Meskerem, appears to have closed approximately three weeks ago. But the menu was still on the door and the furniture all in place; no one responded to Facebook messages or answered the phone, but it was hard to be sure whether it was a Christmas break or an actual closure.

Yesterday, however, a manager at Meskerem confirmed that the one-year-old restaurant had closed for good.

The manager, who gave her name only as Joy, said only that the Loop location wasn't "taking off" and that Meskerem owners Atsede Wondem and Henok Gerbi have not yet decided whether to try the concept elsewhere.

Moya Grill earned a positive review in May from the RFT's Cheryl Baehr, who noted that Ethiopian food was "tailor-made" for a fast-casual concept. "These dishes are ready quickly and, thanks to the injera, don't even require a knife and fork. In light of how flavorful this style of food is, it's a welcome addition to the sometimes bland pantheon of quick-service options," she wrote.

But Moya's location, on a quiet side street just a half-block south of the Loop, has had trouble sustaining restaurants. Before this latest iteration, the small storefront held Al Forno E for a year and before that, Gyro Grill. Zippy Burger, the equally acclaimed burger spot next door, also lasted just one year before closing in October.