Mission Taco Joint Will Open in St. Charles This Spring; Tortillaria to Close 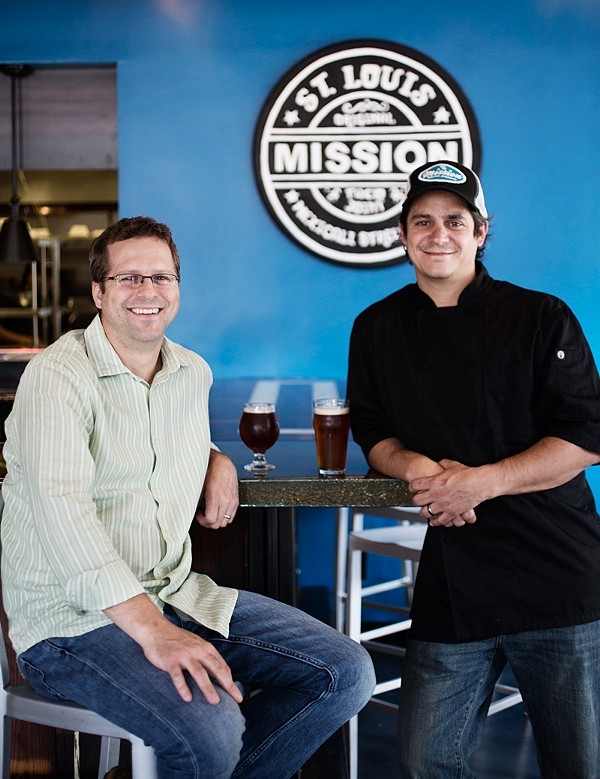 Mission Taco Joint will open another location this spring — this one in the Streets of St. Charles, the mixed use development just off I-70 at the 5th Street interchange.

But even as the Tilford Restaurant Group is announcing the fifth iteration of its West Coast-style taco shack, it's closing its original Mexican concept — Tortillaria Mexican Kitchen (8 ½ S. Euclid Avenue, 314-361-4443).

For the last twelve years, that restaurant has served authentic Mexican food in the Central West End, beginning at a time when most of its competitors were content with Tex-Mex. In a press release, brothers and co-founders Adam and Jason Tilford said its success paved the way for Milagro Modern Mexican, their respected Webster Groves restaurant, and ultimately Mission Taco Joint, which has spawned locations in Soulard and the Central West End after opening in the Loop three years ago. (Its first Kansas City location will open this spring.)

Adam Tilford said the restaurant's origins lay in the brothers' frustration trying to find the kind of Mexican food they'd enjoyed as military kids. At the time, Tilford was out of the restaurant business, selling real estate. Then his brother Jason asked him to open a "little Mexican joint" with him.

Closing the restaurant that started everything won't be easy, Tilford said.

“It was a very difficult decision to make, but ultimately, our lease is coming to an end and we have an opportunity to make a clean break on our terms,” Adam Tilford said in a press release. “The hardest part was telling the staff, several of whom have been with us for eight to ten years. We are looking for opportunities within the other restaurants for them, but it’s just not the same. They are the tightest restaurant family I’ve ever had the honor to work with.”