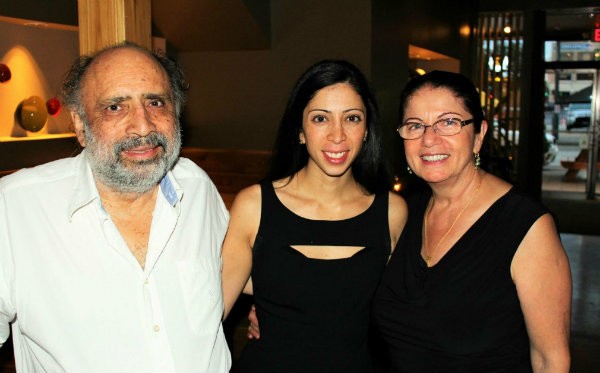 Behshid Bahrami, who founded Cafe Natasha (3200 South Grand Boulevard; 314-771-3411), passed away suddenly on Tuesday evening. He is survived by his wife, Hamishe and his daughter, Natasha. Bahrami was 74 years old.

A geologist by trade, Bahrami was an unlikely restaurateur, getting into the business following a series of misfortunes that left him with no other option. After leaving Iran in the 1970s, Bahrami had a successful geology career for a handful of years in St. Louis until he was laid off — and unfortunately for him, it happened in the midst of the fallout following the Iran hostage crisis.

"No one would hire me because I was Iranian," Bahrami once explained. "And I found out I was laid off the day we found out my wife was pregnant with Natasha. We didn't know what to do."

The Bahramis were not professional cooks, but they would often host dinner parties for friends who commented on the quality of their food. With no other way to support the family, the husband and wife team decided that they would get into the restaurant business and founded their first venture, the Little Kitchen, in downtown's Paul Brown Building in 1983.

Armed with nothing more than a convection oven and an electric burner, Bahrami developed a repertoire of recipes and gained a reputation for excellence. Though the menu was predominately classic American comfort food, Bahrami sprinkled in Persian specialties, introducing downtown's business crowd to a new kind of cuisine. The Little Kitchen was so successful that the Bahramis decided to venture out, opening their sit-down, Persian-inspired Cafe Natasha in 1993.

Bahrami was uncompromising in his pursuit of culinary perfection — it took him two years of relentless trial and error before his falafel recipe passed his muster. However, nowhere was his commitment to greatness more apparent than in what would become Cafe Natasha's signature flavor — his kabob marinade. Originally developed as a marinade for chicken and pork, Bahrami began marinating Cafe Natasha's lamb chops to make up for what he considered to be inferior U.S. lamb.

"Lamb just tastes different in the United States," Bahrami would often lament. "It's gamey, nothing like Persian lamb." Bahrami's solution was to marinate his lamb chops in his wondrous concoction — and the decision put his restaurant on the map. Then-St. Louis Post-Dispatch restaurant critic Joe Pollack visited their restaurant and deemed the chops as the best lamb he'd even eaten. From that moment on, the restaurant was packed.

Much has changed for the Bahramis over the years — the Little Kitchen closed, Cafe Natasha moved from University City to South Grand and was rebranded as Kabob International only to be renamed Cafe Natasha when daughter Natasha took over operations three years ago. The restaurant has been remodeled — half of it has been converted into the spirits temple, the Gin Room.

But one thing has not changed over the years, and that is Bahrami's presence as a force for culinary greatness, even as he stepped away from the kitchen and turned the cooking over to his wife, Hamishe. He was a constant fixture in the restaurant's dining room, always more than willing to share his thoughts on what constituted truly great food. And his palate was unparalleled. Bahrami could deconstruct a dish from memory, breaking down where it succeeded and where it fell short.

He wasn't afraid to tell people the truth about their cooking. Many of the city's restaurateurs and chefs were the object of his critiques, and he could be rather blunt. "This soup, it has no flavor," he once told a prominent restaurant owner. "You have good food, but I worry you don't know how to run a restaurant," he said to another.

As his daughter recalls, "He'd pull you aside and say that he needed to talk to you. And people would be terrified."

But as anyone who knew Bahrami could attest, his critiques were never mean-spirited. He simply loved food to the point of zealotry and expected that level of commitment from everyone else in the industry.

I know this because he expected it of me. I had the pleasure of knowing Bahrami for two decades and count him as my single biggest food influence. I still remember my first taste of the restaurant's beef shish kebabs — marinated with "lamb sauce," as he called his signature accoutrement. They were unlike any flavor I'd every tasted, and I kept coming back, sometimes two or even three times a week, for a taste of this addictive flavor. For a culinarily sheltered girl from Florissant, his food was revelatory and expanded my horizons in ways that made me the person I am today.

I got to know Bahrami and his family over the years, first as a regular, and then as a friend. We would have hours-long discussions over dinner on things that would seem like ridiculous minutiae to a casual observer. He would pontificate about the smallest details of rice preparation or the virtues of a properly cooked piece of fish. I learned so much from this man, and when I went on to become the Riverfront Times' restaurant critic, Bahrami made it clear to me that he would hold me accountable to the standards he'd instilled in me. If I went too easy on someone, or was too effusive in my praise of what he considered an "average" restaurant — which was often, considering his impossibly high standards — he would let me know. I'd often hear his voice in my head as I'd write my reviews, wondering what this man with an incredible palate  would think.

And he was no hypocrite. Bahrami held himself and his family to these standards as well, if not higher ones, which is why his impact on the St.  Louis restaurant community will be felt for years to come. As Cafe Natasha's menu proudly proclaims, "We will not offer anything unless it is wonderful."

Bahrami lived his commitment to that claim, and made St. Louis infinitely more delicious. That will be his legacy. 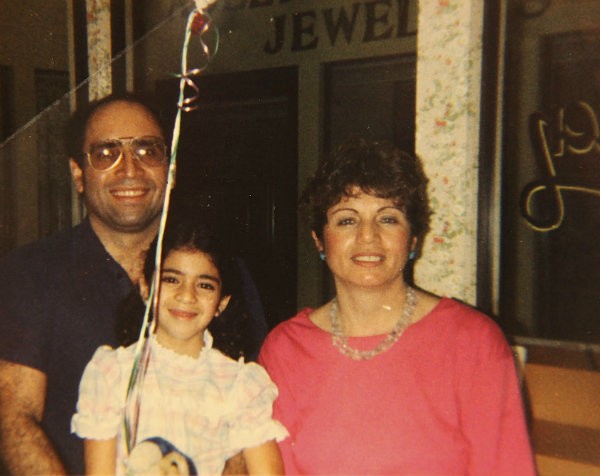 The Bahrami family will hold a public memorial for Behshid at Cafe Natasha this Saturday, December 17th from 3-7 p.m. Friends, customers and all lovers of food are welcome to take this opportunity to pay tribute.