If you're into craft cocktails, they've got quite a list — both Prohibition-era favorites and some 1930s tiki classics, with plenty of absinthe. If you want to sing along to live-musician karaoke or laugh with the zany antics of dueling pianos, they've got that too. If you want to dance, the second-floor nightclub, called Noir, offers just that on Friday and Saturday nights, with black-and-white films projected on the walls and a DJ.

And if you're just looking for inexpensive drunk food, well, they've really got that covered. There's a full menu of unhealthy eats to soak up the booze, including a deep-fried burger and "Prohibition poutine" — French fries topped with gouda, Andouille sausage and chorizo.

Oh, and did we mention there's also a vape shop?

The club's impresario is Elliot Winter, previously of Seven Zero Eight. Winter has teemed up with Kent Hutchison, who consulted on the in-house vape shop, and assorted other friends, including Ron Thomas, who serves as chef. Phil Wills of Bar Rescue fame trained the bartenders, Winter says.

The complex opened softly two weeks ago and is getting its sea legs servicing downtown tourists and the post-casino crowd. But they have big plans. The Squirrel Nut Zippers concert they hoped to host on New Year's Eve is not happening (and not without hard feelings; the band posted on Facebook that the show was "never fully confirmed" and suggested Roaring 20s was wrong to advertise it). Winter says anyone who bought tickets has been offered a full refund or an upgrade for the extravaganza now being planned. "Most chose the upgrade," he says. The evening now includes various packages, live band karaoke and dueling pianos on the first floor, a DJ on the second and Sweetie & the Toothaches on the third. Tickets start at $25 and go up from there.

Winter is confident that this new bar will succeed where his previous business on the Landing closed in less than a year. He points out that was a burlesque bar, and says he reluctantly concluded that burlesque simply has too narrow a focus to fill such a sizable footprint. This new concept, he believes, will have more mass appeal.

"We want to take the speakeasy idea and make it accessible to everyone," he says. "We're doing rails and beer cheaper than anywhere else in town. At the same time, we've got a $25 cocktail if you're into that."

Now, it's worth noting that the cocktail in question, the "Original 1934 Zombie," is meant to be shared — it's served in a darling bowl, just perfect for a small group to dip its straws into. But still: It speaks to the idea that you could go high-end here if you wanted, or you could throw back a bunch of rail whiskey and make your way tipsily to the dueling pianos. Something, indeed, for everyone. 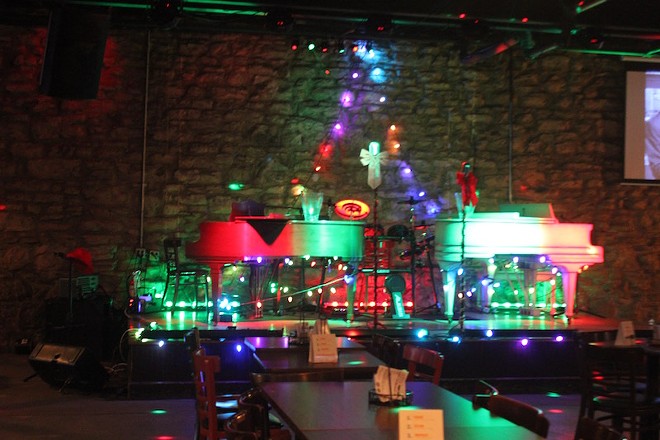 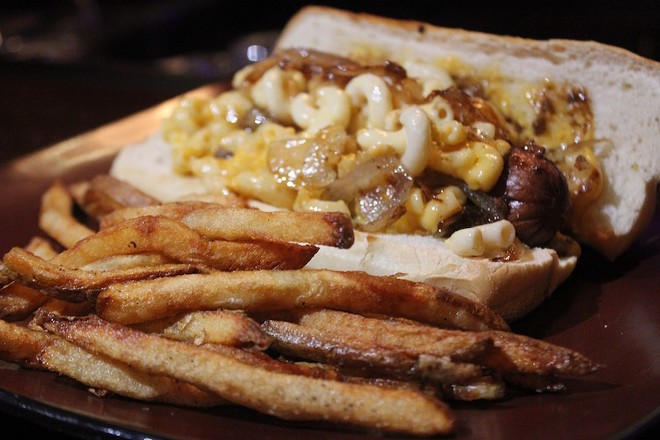 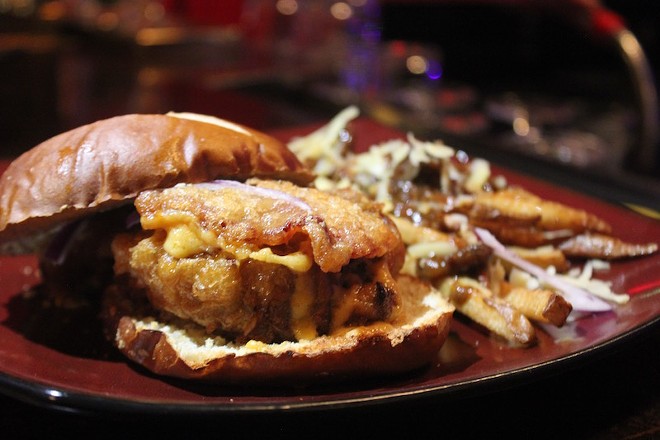