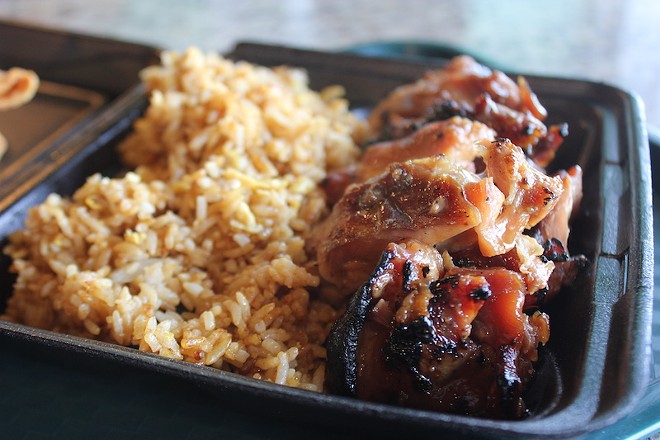 For 23 years, Lu Lu Seafood has been one of St. Louis' premiere Chinese restaurants, offering dim sum and a voluminous menu of classic dishes. But in recent years, the venerable University City establishment has been on a growth tear, adding a food truck and two satellite locations inside Dierberg's.

Two weeks ago, Lu Lu added another dining option to its roster — the fast-casual LuLu Asian Kitchen (9626 Olive Boulevard, Olivette; 314-274-7699). It offers cafeteria-style dishes that will be familiar to anyone who's dined at Panda Express, as well as more authentic entrees, grab-and-go foods and Asian-style burritos. All are prepared by real chefs using absolutely fresh ingredients.

Co-founder Julia Li, who opened the restaurant with her mother Jenny, says the family hopes this location will be the first in a fast-casual chain. Another LuLu Asian Kitchen will open in the next two weeks in Rock Hill. After that, they're contemplating other locations outside the metro area, perhaps in California. (They also intend to change the branding within the Dierberg's satellites to match the new "Asian Kitchen" brand, Li says, since the concepts are more similar than not.)

Li acknowledges that the family is walking a fine line with its fast-casual offerings. "We like to serve authentic food, but we have to be mindful of what our market is," she says. Experimenting in their Dierberg's satellites — one in Brentwood, one in Creve Coeur — they realized that customers wanted fresh, healthy food, but some also wanted the options they associated with quick-and-easy Chinese-style food, like General Tso's and bourbon chicken. 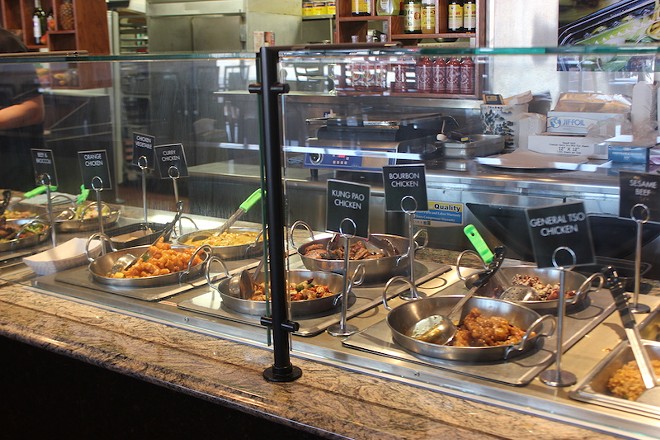 "People can get their comfort food, but we can also recommend something authentic if they're interested in that," Li says, diplomatically.
And as for authenticity: You may hear that that LuLu Asian Kitchen is serving burritos and think of the city's numerous Asian/Mexican spots, like Seoul Taco or Kalbi Taco Shack. Think again. These burritos are very similar to the ones called jianbing, served in Beijing as a popular breakfast or snack, Li says. Either rolled up or served flat like a quesadilla, they are a far cry from fusion. The flavors are entirely Asian.

If you go this route, you can get any entree as your filling, or go with something more classic like dark, delicious Peking duck meat. The extras are all to order, but if you follow the staff's recommendation and add rice, Asian vegetables and sesame sauce, the resulting burrito will evoke mu shu-style pancakes more than Chipotle. It's also incredibly delicious — and a bargain at $6. 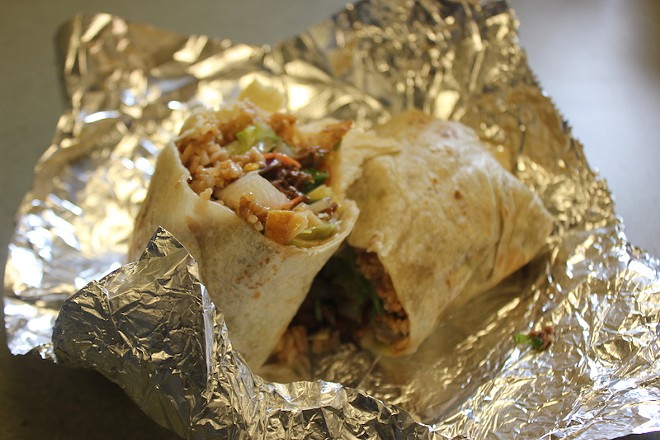 The space is light and bright, with an order counter up front and plenty of seating throughout. A grab-and-go station near the cash register lets customers get a package of fried rice or dim sum classics (pork buns, shrimp shumai) to go. There is also beer and wine on offer for those wanting to linger over dinner.

These two weeks have been a soft launch; the grand opening next Wednesday will feature free food and beer from Urban Chestnut from 4 to 9 p.m., says Li. Stop by and see how real Chinese chefs handle the mall classics — or maybe even expand your palate a bit and see what they can do with a more interesting order. The staff is ready to help you take things as far as you want to go.