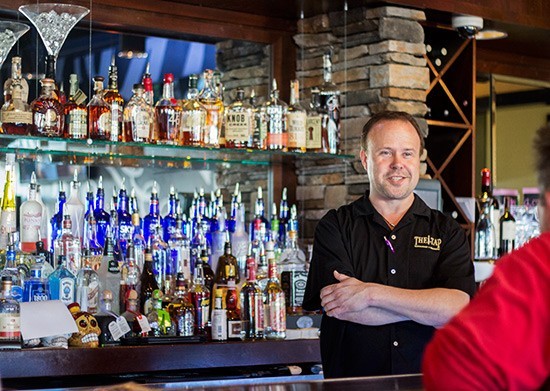 The Tap Restaurant + Brewery (3803 Elm Street, St. Charles) was forced to close its doors in early November. But the problem wasn't a lack of patrons. The problem, says owner Jerry Berhorst, was its lender.

The two-and-a-half-year-old St. Charles hotspot offered diners more than 300 beers on tap, spacious digs and a robust bar menu. It attracted everyone from local union members to Missouri Rush Soccer Club players to no less than August Busch III. The restaurant was becoming a favorite watering hole in a part of the metro area that's been experiencing major growth.

Then came the bank trouble.

Berhorst claims that the bank he purchased the building from and the bank that lent him the money to do it — New Frontier Bank and the Peoples Bank & Trust, respectively — colluded to take the building back from him.

“There’s a lot of restaurateurs and night club folks that go out of business for a million reasons, and that was not us at all,” he said. “We bought a $4 million building for $890,000, we had a multi-million dollar business that was solidly profitable, and we just got screwed.”

After being told that their loan was in good standing last June, Berhorst says he and his wife were strung along by their lender. They were told the loan was not in place, effectively forcing them to pay close to a million dollars in a few days or lose their business.

And just like that, the profitable restaurant was lost, the building auctioned off on the courthouse steps, back to the very bank that sold the property to the Berhorsts in the first place — New Frontier Bank. Berhorst says the bank reacquired the property for $150,000 less than what he'd spent on it – even though the property was already worth more than what he'd paid.

Berhorst would later discover that New Frontier Bank is really a bank holding company, and has debts that are controlled by his lender, the People’s Bank & Trust – all information that was not disclosed to Berhorst prior to the sale of the property.

“I never believed that this kind of thing happens it America, but it definitely does,” Berhorst says.

This is not the first time New Frontier Bank has been accused of wrongdoing. The bank holding company has dealt with several complaints and financial problems over the years, including being fined $70,000 by the FDIC for violating a federal consumer disclosure and anti-kickback act, as reported by the St. Louis Post-Dispatch in 2014.

Berhorst isn't going down without a fight. He’s contacted the Federal Reserve and the FDIC, as well as the Consumer Financial Protection Bureau. He believes he's making headway.

Berhorst is hopeful that something good will come of it, but he’s prepared for a long fight.

“We’re not like a lot of other folks, this isn’t just going to go away. My wife and daughter were out picketing with us, we’ve got a great legal team looking into everything – losses take a long time but we don’t want anyone else getting screwed,” he said. “It’s one thing if you have a bad business and go out of business but it’s another thing when you have to go out of business to protect what little you have left because of these bankers.”