Circa STL Brings a Roundup of St. Louis Classic Dishes to Des Peres 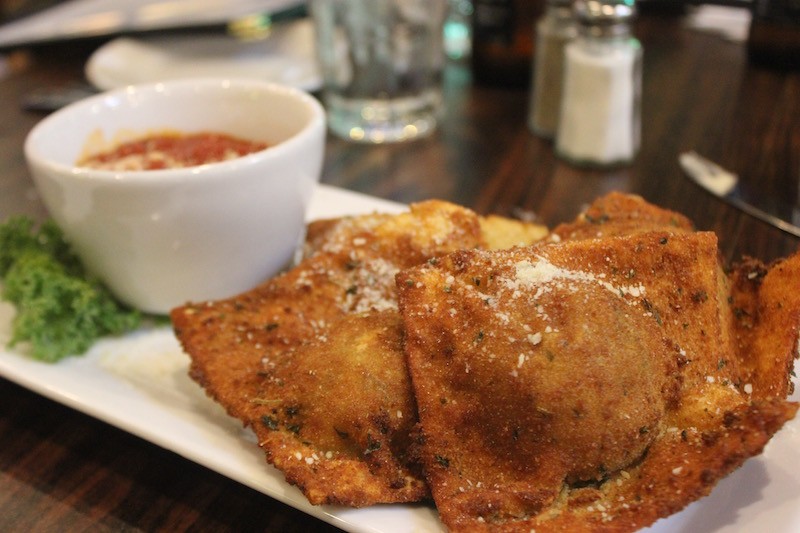 If you did not go to high school in St. Louis, and you were to dine at Circa STL (1090 Des Peres Road, Des Peres; 314-394-1196), the new restaurant now open in west county, you might be wise to take a tour guide, or at least a friendly native. The menu turns out to be a crash course into the greatest hits of St. Louis restaurant history — and you can bet a lot of it will go right over your head if you're ordering unassisted.

For example: The French onion soup proves to be a riff on the soup made, yes, famous at Famous Barr, the late lamented department store. The house salad comes with an anchovy-forward Mayfair dressing, invented in the 1930s at downtown's Mayfair Hotel. The "Loaded Garlic Bread Sandwich" — toasted garlic bread with ham, provel and a sprinkling of paprika — is better known to St. Louisans as a "Gerber" sandwich, brought into being by a place called Ruma's Deli. The "STL Prosperity" sandwich, invented at the Lemp Mansion, manages to incorporate alfredo sauce on top of ham, turkey and provel. Just what your cholesterol needed!

As dining at Circa STL is akin to taking a deep dive into St. Louis history, you might assume that some of the city's more depressing culinary habits will be on display. Surely the toasted ravioli will come from a freezer bag; surely the lettuce on your salad will be iceberg, topped with provel. But at many turns, the kitchen at Circa STL surprises. Instead of iceberg, the salad greens are instead a spring mix — and sure, they're topped with provel, but that's part of the fun. 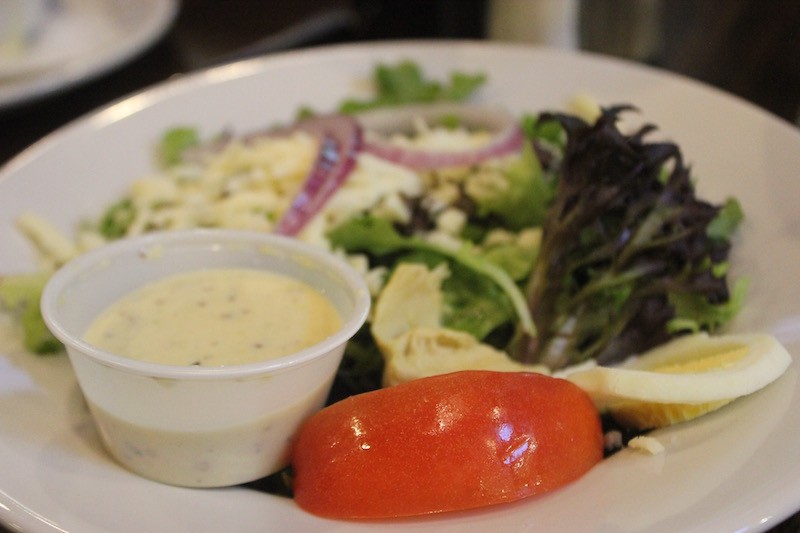 And as for the toasted ravioli, they're actually wonderful — among the biggest we've ever seen, filled with cheese in addition to the usual mystery meat, and fried to crispy-skin perfection. We'd put these up against any in town.

The items listed above are only a small sampling of the offerings here. In addition to a few other hearty classics, you can get a fall-off-the-bone pork steak, St. Louis-style pizza or "Chicken Modiga" — a dish we couldn't easily find historical information about via Google, but which our St. Louis-born guides insists is indeed a local classic. And for dessert, what else but gooey butter cake? The one we had is more cake-like than the goo we're used to, but since it comes topped with ice cream and chocolate sauce, we couldn't muster any complaints.

And all this talk about the food neglects the real reason St. Louis history enthusiasts might want to stop by Circa STL — the memorabilia. There's an amazing collection of beer signs and framed newspaper stories on display throughout the brightly lit dining room and the bar as well. The walls are positively laden with things to look at, and glass display cases are everywhere, including a large one stuffed with items that bisects the room. The memorabilia is said to come from co-owner Brian Walsh's personal collection. It's also said to be only part of the collection, which is fairly remarkable.

If your tour guides know their Des Peres history in addition to their St. Louis one, they'll tell you that this spot on the backside of an older strip mall has had a fair amount of turnover in recent years. You may be a stone's throw from West County Center, but it feels a world away — older, less fancy, and a bit more interesting. After decades as Rick's Cafe Americain, the space has recently held Rib City and Zydeco Blues, neither of which lasted more than a few years.

Circa STL, then, poses an interesting question. Do west county residents want a walk down memory lane? Or are they more interested the new and shiny? If they're on the fence, and you want to persuade them of Circa STL's merits, you might suggest they try the toasted ravioli. 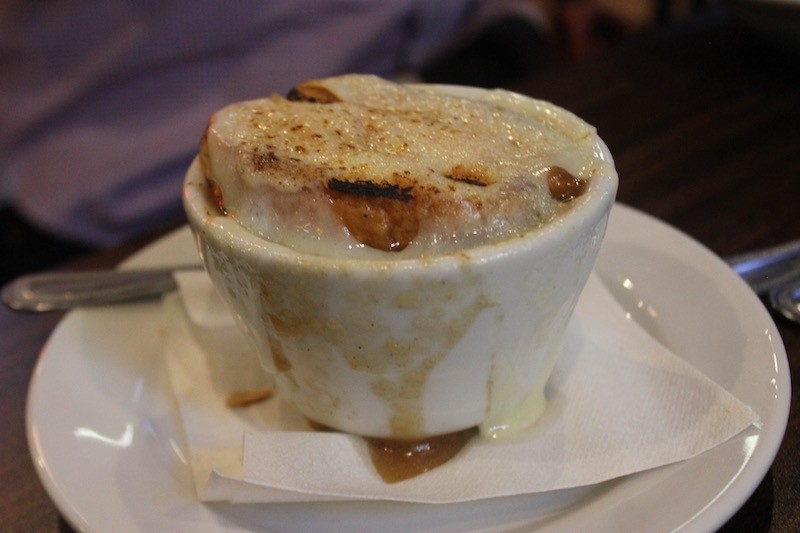 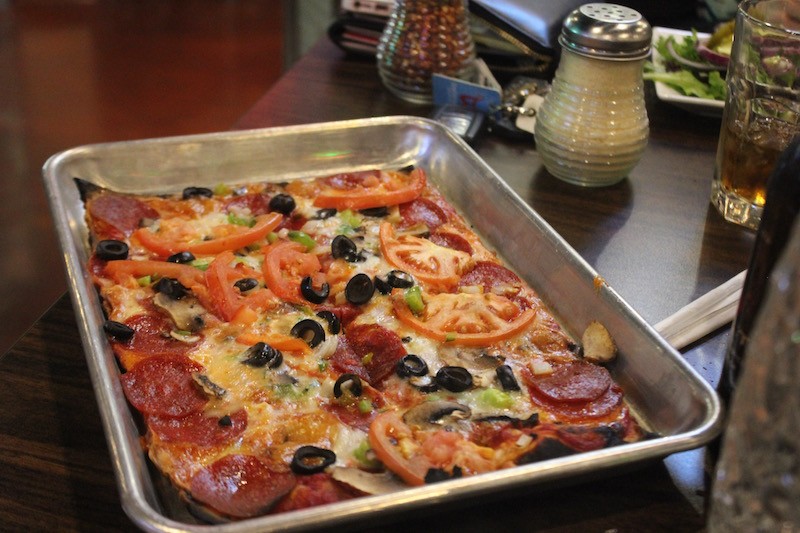 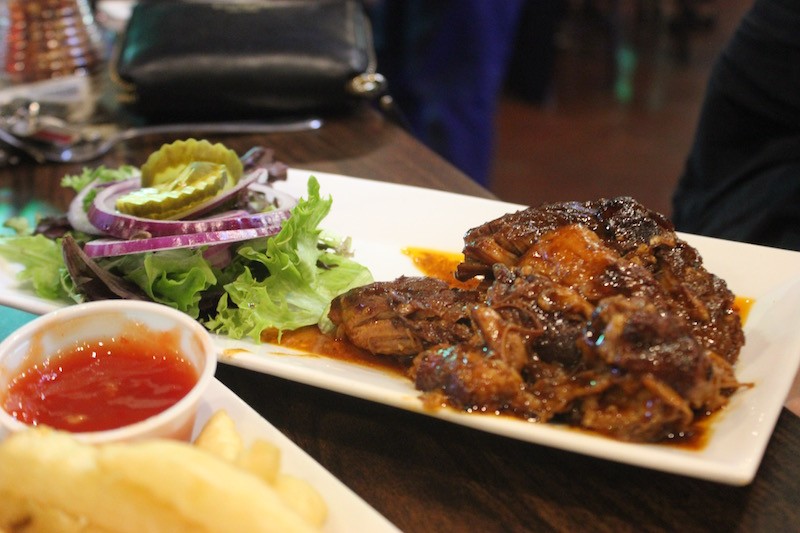