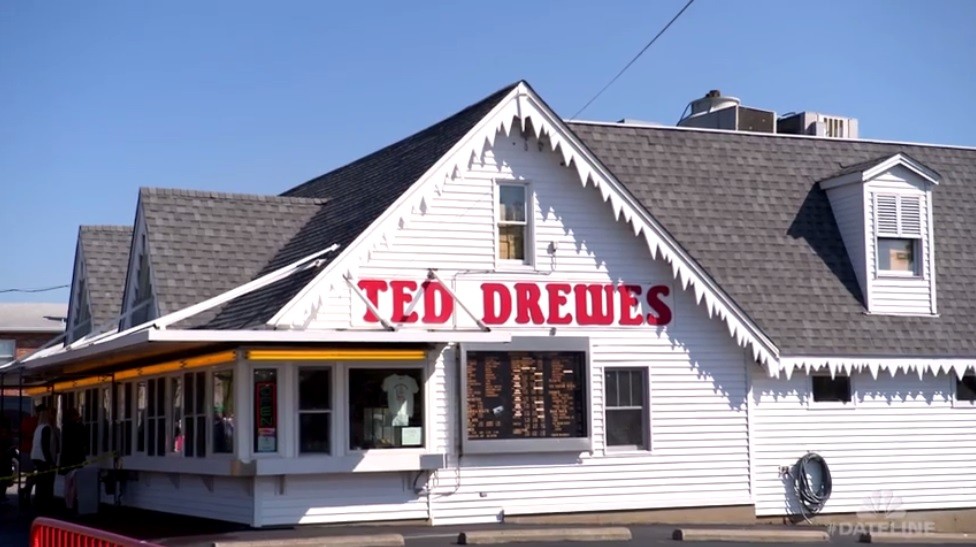 Back in September, Ted Drewes was voted the No. 1 ice cream — in the whole freaking world — in an annual poll done by SoolNua, a meetings and events company in Dublin, Ireland. Now, producers at Dateline have gotten a taste of the glorious St. Louis creation.

Last night, Dateline posted a video to its Facebook page that starred none other than St. Louis' beloved Ted Drewes. According to the post, the NBC newsmagazine was traveling for a Friday report when the crew found an excuse to make a pit stop "at a place voted one of the best ice cream stores in the world."

The resulting video, which features Ted Drewes owner and manager Travis Dillon, documents the recent award, how the frozen custard is made and the history of the family business. Turns out, Ted Drewes all started because of a traveling carnival — who knew?

"The business started in 1929," Dillon says in the video. "Ted Drewes Sr. would travel to Florida from here in St. Louis for the winter. He'd take his family, and he would teach tennis while he was there, but a friend of his who was in the Royal American Carnival, a traveling carnival in Florida, asked him if he would mind traveling and selling some ice cream, or frozen custard, in the carnival."

Drewes came up with a recipe from a friend, and it was wildly successful. He eventually returned to St. Louis and opened the first Ted Drewes store — and, as they say, the rest is history.

Learn more about Ted Drewes (and brag about the national media mention to your out-of-town friends) with the video below.