Restituo Coffeehouse is Now Nom-Enu, an Evening and Weekend Cafe.

The last year has been incredibly difficult for Nicole Mccormack and her Shaw neighborhood cafe, Restituo (4100 Shenandoah Avenue). It began with a water main break last September just outside of the building, which flooded the restaurant and its basement, causing extensive damage and wiping out all of her personal and business effects. The incident forced Mccormack to close up shop for several weeks and caused tens of thousands of dollars in damage.

Then came a string of bad hires, the opening of a corporate coffee shop just down the road, and complaints of inconsistent hours, which only added to Restituo's problems. Business never recovered.

In an effort to turn things around, Mccormack announced via the Shaw neighborhood Nextdoor site that she has closed Restituo after two and a half years and re-opened the space as Nom-Enu, an evening and weekend cafe. The changes went into effect on Wednesday.

Mccormack describes Nom-Enu as "fun n funky cafe with all of the usual art-infused styles and new people you have come to love." The food will center around Mccormack's signature "pizzandwiches," which are thin-crust pizzas stuffed with a variety of ingredients and then pressed. She will also serve soups, stews and a rotation of weekly specials.

In the Nextdoor statement, Mccormack hints that the changes were not only the result of needing a fresh start, but also in response to local demand. Additionally, she cites here passion for cooking as her reason to add evening service.

We have reached out to Mccormack for comment and will update this article as more information becomes available. In the meantime, you can read Mccormack's full statement below.


Restituo is closing (as you know it) and reopening as an evening and weekend cafe.

This is the post many of you have been waiting for. While you may think your comments on my recent post fell on deaf ears, I assure you they did not. For anyone that needs a brief history of Restituo…we’ve been here for 2 and a half years, but this last year, well, we have had a tough, hard year. In September 2015 we had a water line break that forced us to shut down for a month. Business just hasn’t been the same since..especially when you add Starbucks opening within close proximity to the shop weeks before we were shut down. We have never fully recovered or gotten back to the business we had before the disaster.

With that being said, THANK YOU to those of you that have stuck with us through a string of bad hires and overall roller coaster of recovery. As many of you know, I have a passion for cooking, and even before the water main break, my plan was adding evenings. With a few setbacks consuming so much of my time, I have finally decided that it is time to take the leap, as it is too difficult to do both at the moment.

We are transiting and will become: NOM-ENU. It will be a fun n funky cafe with all of the usual art infused styles and new people you have come to love. Our new hours (that begin today, November 9th) are: Monday-Tuesday: closed Wednesday-Friday: 3:30p-8p Saturday: 9a-6p Sunday: 9a-5p We will be serving our pizandwiches, which are basically thin crust pizzas, double stuffed with fancy things and grill pressed. Its a pizza that eats like a sandwich! We will have a few standards with constant rotation of specials. We will be tweeting, facebooking and instagraming our weekly offers and with this amazing fall weather, we will have scrumdiddiliumcious soups/stews and chilis on deck.

Thank you to those who have stuck by us through these hard times. From the bottom of my heart, this place is my baby, my heart and soul and thanks to YOU ALL, it was how i got up everyday through one of the worst experiences and toughest years of my life. We look forward to seeing you after a long work day or lazy saturday/sunday morning! :) 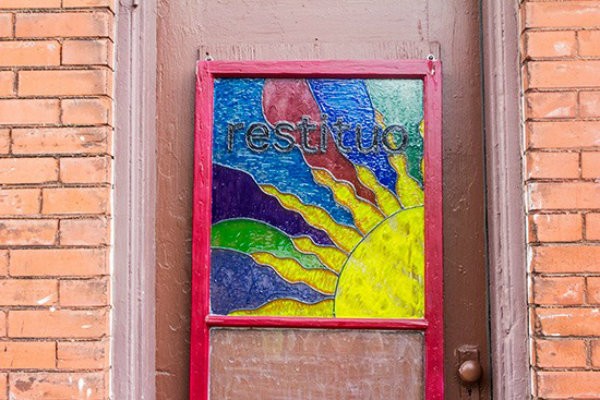