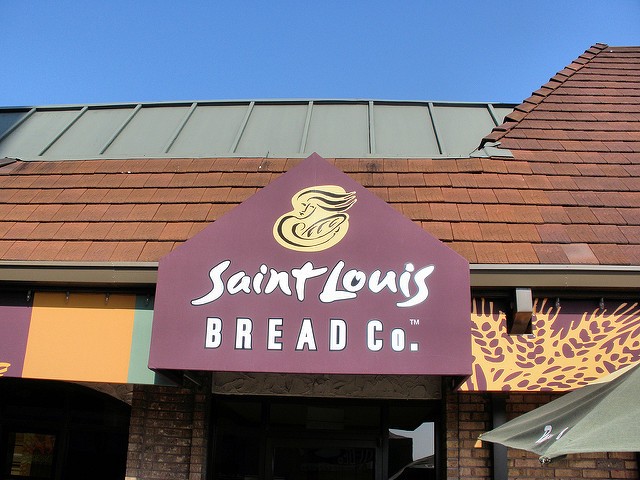 You can get Thai, Filipino, Chinese, Middle Eastern, Vietnamese and Turkish food on South Grand — but as of today, you can't get the "you pick two" or other menu items popularized by Saint Louis Bread Co.

The company confirmed the news to the St. Louis Post-Dispatch in a brief email.

The decision, which has been the subject of rumors for months, joins last year's highly publicized closing on the Loop, as well as two recent closures in Chesterfield. The company suggests that customers should instead patronize its bakery cafe on the Saint Louis University campus, at 20 N. Grand Boulevard.

Rachel Witt, executive director of the South Grand Community Improvement District, did not respond to a message seeking comment yesterday.

In 2001, the company demolished two single-family homes to increase the size of its parking lot. More than 300 people reportedly signed a petition saying they'd no longer patronize the chain if the historic homes were demolished.