New Baileys' Range to Open in Shaw in Late 2017 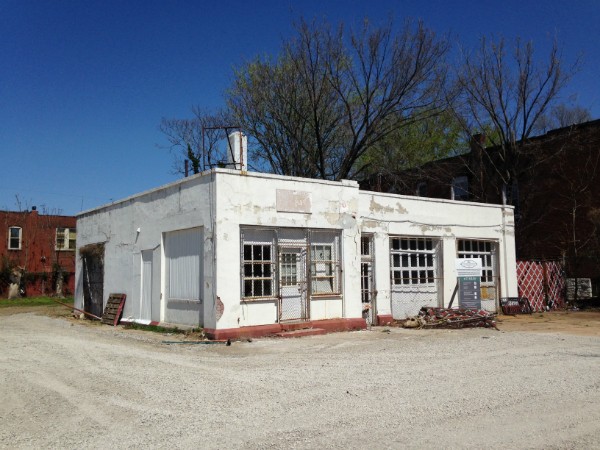 It's official: A new Dave Bailey restaurant planned for the Shaw neighborhood will open in late 2017 with outdoor seating and two walk-up windows, the restaurateur says.

The spot will be a pint-sized version of the popular Bailey's Range burger bar, taking over a former filling station at 4175 Shaw Boulevard.

Bailey revealed a few details of his plans in a news release this afternoon, officially confirming for the first time his entrance in the south city neighborhood. The Riverfront Times broke the news in April that Bailey was in negotiations for the property.

In the statement, Bailey says they waited until now to comment because they were still negotiating to buy the property and finish an environmental cleanup.  He expects the project to create 75 jobs.

The restaurant will keep the former service station's facade, including twin garage doors that will open into a small dining room from the street. Employees will field to-go orders from a pair of walk-up windows.

"The space is small, less than 1,700 sq ft, so we will construct a large covered garden area in the back that will have the bulk of the seating and provide another beautiful place to dine in Shaw," the statement says.

Bailey, whose popular Rooster restaurant sits on other side of Tower Grove Park, beat out four other bidders for the site. The Tower Grove Community Development Corporation bought the property in 2013 at a tax sale and set about a significant environmental cleanup, including unearthing old gas tanks.

Bailey says the menu will be consistent with the downtown Bailey's Range — burgers, craft beers and inventive drinks, such as a bacon whiskey salted caramel shake and boozy lemonades.

"We will also offer some new items more designed for grab and go for folks heading home to Shaw," the statement says.