Griesedieck Brothers to Open a Brewery in North St. Louis 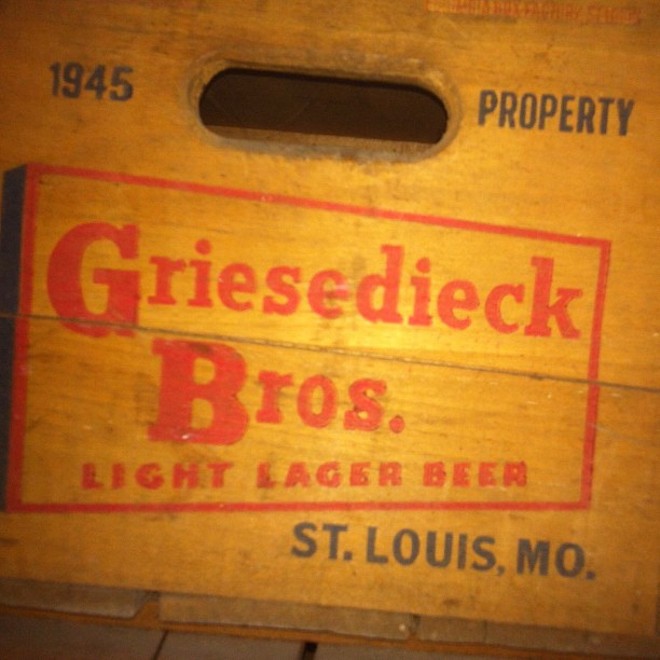 Griesedieck Brothers Brewery began brewing in Germany in the 1700s, flourished in St. Louis' early 20th century heyday before merging with Falstaff in 1957 and then was brought back as a brand beginning in 2002. But until now, the revival Griesedieck brew has been contracted out to a brewery in Wisconsin.


That will change next year, says manager Bob Griesedieck, with the addition of a 23,000 square foot brewery in north city's Baden neighborhood. The stand-alone facility, at 1240 Switzer Avenue, used to house a medical supply company called Daley International.

Bob Griesedieck is the son of  Ray Griesedieck, who spearheaded the company's revival fourteen years ago. He says the family's brewery will eventually open a tap room on site, although it's not clear yet whether that be part of the first phase.

Father and son plan to begin by brewing about 1,000 barrels — about three times what they've been having brewed in Wisconsin. They currently offer a pale ale, Bavarian-style white and a pilsener.

The facility has room for much greater capacity, but Griesedieck says the family is taking things slowly. "You've got to learn to crawl before you can walk," he says.

The family is excited to be returning their operations to the city in which they made their name.

“There’s a reason the brewery’s motto was ‘This family brews beer better,'" Ray Griesedieck noted in a press release. "The family’s brewery consistently focused on quality and consistency, and it is our goal to pick up where they left off.

"This isn’t a revival; it’s a continuation. We seen an opportunity to brew the lager beer St. Louisans would have grown up in the 40s and 50s, and reintroduce our city to beers my grandfather and his brothers would have been brewing over 100 years ago.”