5 Types of Beer to Drink This Fall, Per Schlafly's "Ambassador Brewer" 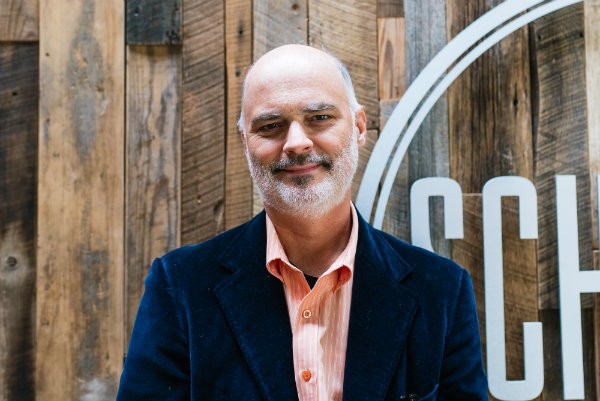 The Ambassador Brewer for Schlafly, Stephen Hale, thinks about drinking beer in the same way he thinks about eating tomatoes: seasonally. "I think people's tastes change throughout the year, and it's true of what they drink just like it is of food," he explains. "People just really understand the importance of eating and drinking seasonally. You wouldn't eat a tomato in January — well, unless it was a delicious locally grown hothouse one maybe."

Hale, who started brewing beer out of his home when he was nineteen, has been excited to see the rise in availability of different beer styles over the years that makes this sort of seasonal drinking possible. "When it became an option, people had so much to choose from," Hale explains. "It's just a great opportunity to try different styles that maybe you wouldn't think about at other times of the year."

Fall beer doesn't have to be all about what he refers to as "pumpkin pie in a bottle," though he stands behind his brewery's pumpkin beer and has a few words for pumpkin spice naysayers. "Not everyone likes pumpkin beer and the spiced lattes, but you don't have to slam it," Hale insists. "You have to give everyone credit that at least this is seasonal and not being served in the middle of June. And as long as you find a pumpkin beer that is the right balance of cinnamon, nutmeg, and clove with a good malt backbone, why not try it?"

For those who simply can't do the pumpkin spice thing, Hale has some alternate suggestions — and if you want to stick with the same style year-round, well, that's fine too.

"A lot of people lean toward one style of beer or another," says Hale. "An individual who drinks the same thing all year isn't having a bad experience. Maybe they never deviate, and that's OK."

Hale took a break from preparations for Schlafly's Hop in the City event this Saturday to share his suggestions for what you should drink now that the leaves are about to change.

1) Pale/Amber/Brown Ales
"In summer, we tend to drink lighter lagers, fruit beers and wheat beers, but a great way to transition to cooler weather is with a brown, amber or pale ale. It is still easy drinking, but more of a medium-bodied beer."

2) Autumn Harvest Spice Beers
"People go nuts for pumpkin beer this time of year — our Pumpkin Ale is a great example of that — but you can broaden this category to include all fall beers with those spices of cinnamon, clove, nutmeg, allspice or mace, which are indicative of the changing season. Spiced beers usually have a higher alcohol content as well so drink responsibly!"

3) Interesting Hop IPAs.
"If you’ve set aside IPAs for the summer, you can pick them back up in the fall. If you’re a year-round IPA drinker, try looking for the style with an interesting hop. For example, our Tasmanian IPA is made with all hops from down under."

4) Stouts
"It’s early yet for stouts in many opinions, but they are actually really good for summer as well. They may feel out of place, but they work, especially in a transitional season. Your palate might be tired of lighter beers, and something like an oatmeal stout is like your best friend you haven’t called in a long time. I might save stouts with more intense profiles like a chocolate or coffee stout for even colder weather."

5) Oktoberfest
"Although this is in amber beer, it’s more in the lager category, and it’s made with Munich malt. Those who do it well honor the tradition of the style. If you drink an Oktoberfest, you know what Munich malt tastes like."