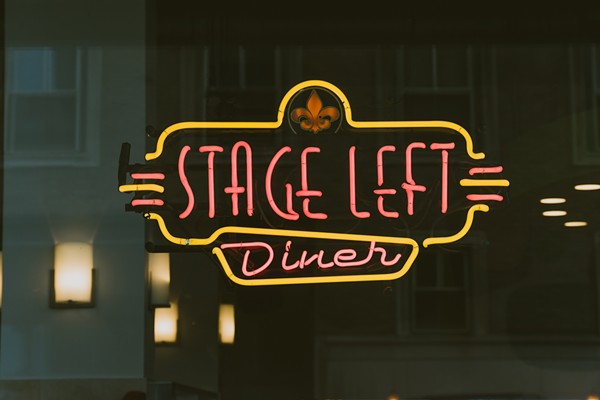 This month, the greasy spoon next to the Fox Theater is getting some polish.

On September 24, City Diner at the Fox Theater will reopen as Stage Left Diner (541 North Grand Boulevard; 314-884-0212), a concept that aims to elevate the comfort food served at its previous incarnation. Stage Left's consultant Brad Beracha says to expect an updated menu and atmosphere, but that the service component is where patrons will notice the biggest changes.

"We're getting away from the 'greasy spoon,' but not abandoning the fare altogether. The new menu will include plenty of American classics," explains Beracha. "But honestly, our biggest focus is trying to win back people who may not have had the best service experience at City Diner. We want to change that impression."

Beracha, whose resume includes Araka, Triumph Grill and BaiKu Sushi Lounge, has been working with City Diner owner Steve Smith for the past several months to breathe fresh life into the space. Their efforts include a facelift, updated facilities and new equipment in the kitchen. (The City Diner on South Grand has different ownership and is not affected by these changes.)

But their biggest achievement has been a change in service standards, something Beracha admits was lacking at City Diner.

"We've just really undergone a cultural change, and we have great management now who is able to make it happen," Beracha says. "We want to be the place people think of to go, whether it's before a show or if they are just part of the community. I think we lost that, but we are trying to regain it."

Though the service has been the focal point of the space's rebrand, the menu has also seen several changes courtesy of Chef Ryan Cooper. Cooper, who also runs the kitchen at Triumph Grill, was called in by Beracha and Smith to reimagine the diner's classic American fare. Cooper kept a similar feel to the menu, but added new items, including a kale and apple salad, a portobello sandwich and prime rib with au jus.

Though Stage Left sees itself as an amenity to theater-goers, Beracha hopes the breakfast and lunch hours will also make it the go-to dining spot for members of the Midtown community — and eventually those from outside the area, too.

"Right now, being where we are in relation to the Fox Theater, the Sheldon,  and Powell Hall, we want people to think of us as a place to come when they are heading to a performance," explains Beracha. "But eventually, especially considering all of the development that is happening in Grand Center, we hope people will think of us as a dining destination."

Stage Left's inaugural menu can be found at the link below.

See related PDF StageLeftMenu.compressed.pdf
We are always hungry for tips and feedback. Email the author at cheryl.baehr@riverfronttimes.com.