Chris Kelling's Picks for the 5 Restaurants with the Best Service in St. Louis 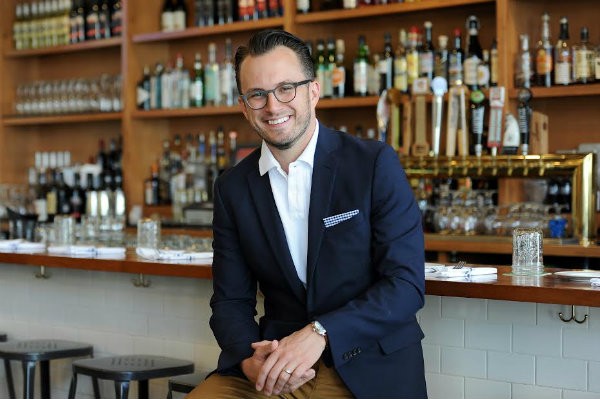 Chris Kelling of Pastaria and the soon-to-open Sardella (7734 Forsyth Boulevard, Clayton; 314-862-6603) understands why service tends to be the unsung part of the food business. "Our jobs aren't super sexy," the general manager and service guru explains. "You can't emulate what we do at home or Instagram a photo of service like you can your food. We don't create a tangible product, and I think that's why we aren't at the forefront of the discussion."

But while Kelling may not see himself at the forefront of the discussion, his impact is unquestionable. As the man in charge of service at two of Gerard Craft's restaurants, Kelling's job is to make sure he creates an hospitable atmosphere so that his guests can enjoy the chef's food. It's not about him, he explains — in fact, an attitude like that is what makes for bad service.

"This is a stage and it's a performance, but our job is to carry the piano so the chef can play it," Kelling says. "Bad service is when the waiter tries to make themselves the star of the production, either with a theatrical introduction or exaggerated movements. It's worse than being inattentive."

Kelling's resume includes some of the top restaurants in the country, including the Michelin-starred The Restaurant at Meadowood in Napa Valley. However, the spark that ignited his passion for service was much humbler. "P.F. Chang's in 1999," he says. "I had a wonderful manager who understood that if you make people feel special, they will put money on it. That's the initial motivation, but then you just want to make people feel great, to put a smile on their faces."

He adds, "We're lucky in this business that people choose us to celebrate their most important events. And with that comes a huge responsibility. If we just feed people, we've failed."

When he's not taking care of his guests, Kelling likes to see what it is like to be on the other side of the table. Here are his picks for some of the best service experiences in St. Louis.

Fort Taco
(Multiple locations including) 8106 Manchester Road, Brentwood;
314-647-2391
"This place is not only an example for fast food establishments but friendly, compassionate hospitality in general. They ask your name, how your day is going, and if you’ve been there before — all through a drive-thru window! Asking a guest about their day is such a simple thing to do, but when it’s genuine, it makes a true personal connection with that diner, no matter the setting."

Reeds American Table
7322 Manchester Road, Maplewood; 314-899-9821
"Reeds is the perfect definition of hospitality for a neighborhood spot. My wife and I live down the street, and we probably go there twice a month. They make you feel like you’re in a friend’s home. They know their regulars, when they’ve seen them last, and any preferences that they may have. They care about those little details, which always leaves a memorable impression on the guest."

Mai Lee
8396 Musick Memorial Drive, Brentwood; 314-645-2835
"You cannot talk about hospitality in St. Louis without mentioning Mai Lee. Sit at the bar and watch how many people they know by name, even when they are slammed. It’s not just regulars, it could be someone that’s only been in once or twice. At the front of the house, we always try to remember guests’ names, and no one in the city is as good at it as them. Or Qui [Tran] may just call you 'baby,' which is just as endearing. I don’t have the charm to pull that off."

Planter’s House
1000 Mississippi Avenue; 314-696-2603
"The entire team is amazing, but Ted Kilgore specifically. If that man crafts you a cocktail, he wants it to be right for you. Despite the well-deserved accolades, he is the humblest guy. He could have gotten a big head long ago, but he genuinely cares that you’re enjoying the cocktail. There’s no going through the motions with Ted. He’s always willing to walk you through what you’re drinking, and I guarantee you’ll learn something along the way."

Peacemaker Lobster & Crab
1831 Sidney Street; 314-772-8858
"The whole staff there just always seems like they are having fun. In my opinion, it’s the most fun restaurant in St. Louis. General manager Chris Trunk always has a smile on his face and is working the room in the best way possible. There’s an energy to Peacemaker, and I just feel good when I’m there. I have to be told by my wife to pick somewhere else, because I just always want to be in that dining room."