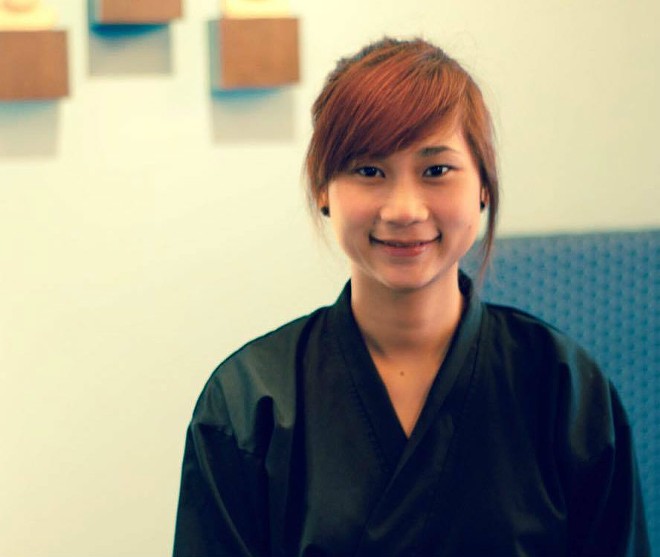 The ugliest restaurant war in St. Louis just got even uglier — with a co-owner of Webster Groves' Sushi Station alleging her counterpart threatened her, pulled her shirt and shoved her up against the wall.

That's according to a petition for an order of protection filed in St. Louis County Circuit Court by Pui Nammakhot, who's been locked in a bitter battle with co-owner Wiroj "RJ" Asusing since he sued her in May.

The judge granted Nammakhot a full order of protection on Monday. It bars Asusing from being within 100 feet of Nammakhot, finding that he poses a "credible threat" to her safety.

Asusing did not show up to court to contest the allegations, although he's since filed a motion seeking to reopen the matter. Asusing's lawyer did not return a call seeking comment.

Nammakhot and Asusing had been co-workers at Blue Ocean Sushi in the Loop, and after Asusing left, he approached Nammakhot about opening a restaurant with him. They founded Sushi Station last summer. But since then, the partnership has devolved into a series of allegations. When she became concerned about his spending from their restaurant's accounts, and transferred the money elsewhere to safeguard it, he sued her, alleging embezzlement and asking the court to dissolve their partnership. She then countersued, alleging he'd missed significant amounts of work yet continued to draw a salary, and had comped meals and drinks to impress female customers. Even as he withdrew the request for dissolution, she pressed for it.

The situation between the two partners apparently escalated on August 12, one week after we reported on Nammakhot's counter suit. At that point, she alleges, he told her she'd "better be careful" and that his friend would "come get me."

Two days later, on August 14, she alleges he stomped on her foot twice, pulled her shirt and shoved her against the wall with his shoulder, jabbed her with his elbow and bumped up against her, hard enough to send her backwards.

"The conduct referenced above has escalated in recent weeks, and I am in fear that he will continue to cause me physical harm," Nammakhot told the court.

The order of protection, which is valid for one year, adds even more difficulty to an already fraught relationship. The two still continue to operate the sushi restaurant — even as they trade allegations in court.

Nammakhot's attorney, Brian Kaemmerer, says that she had proposed alternating shifts so they could avoid each other at the restaurant, allowing Asusing to keep working without violating the restraining order. Instead, Kaemmerer says, Asusing has stopped working.