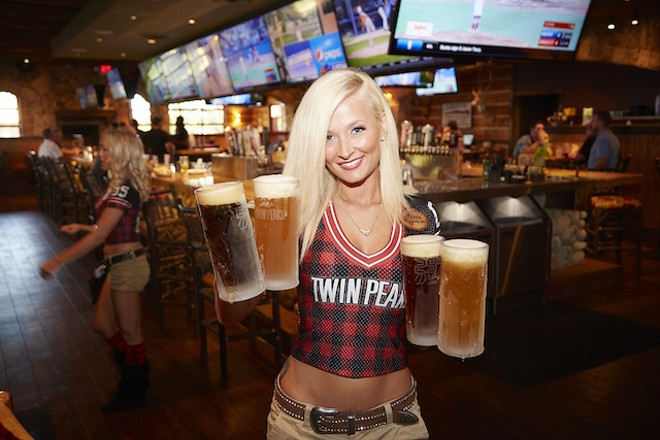 It's a little bit nicer. A little bit shinier. The food is made from scratch, not just heated up from a freezer.

But that's not really what gives Twin Peaks (963 Chesterfield Center, Chesterfield; 636-812-2505) its cache. The restaurant's main claim to fame is that its servers are generally a lot more good-looking than at lesser bars. They're also wearing, as a rule, quite a bit less clothes. The restaurant's tagline: Eat. Drink. Scenic Views.

Unlike Social House II, the sports bar concept that had a brief run in the Loop earlier this year, the servers at Twin Peaks aren't wearing pasties and body paint. But they are generally wearing very short shorts and cleavage-bearing tops. The restaurant's founder, Randy DeWitt, had his big "aha!" moment when he realized Hooters just wasn't racy enough. (He also called the restaurant's servers "weapons of mass distraction.") His insights made Twin Peaks the fastest growing restaurant concept in the U.S.

Jon McGee, a partner in the group that owns the restaurants locally, doesn't focus on any of that. He says he's proud of the food and the fact that, thanks to a patented system, the beer is served at a colder-than-ice-cold 29 degrees. Pressed on the concept's tendency to hire comely servers, he doesn't bite.

"We look for people with great personalities, who can also give great service," he says. "We go for the girl-next-door look. These are girls who want to have fun."

As for St. Louis, he says the area's appeal was clear. "St. Louis is such a great sports town," he says. "We want to be a part of that."

The Chesterfield restaurant is located in what used to be a Macaroni Grill, only completely revamped and given the concept's signature ski lodge-turned-sports bar look. Coming up later this year: A location in Maplewood, at a spot near Hanley Road and I-64 that used to be an Olive Garden. McGee says they hope to have it open by November.

With his co-owners, McGee also owns Twin Peaks franchises in the Kansas City area. He says there will likely be more St. Louis Twin Peaks in the group's future. "The plan is to have more," he says. "It's always a matter of finding the right location." 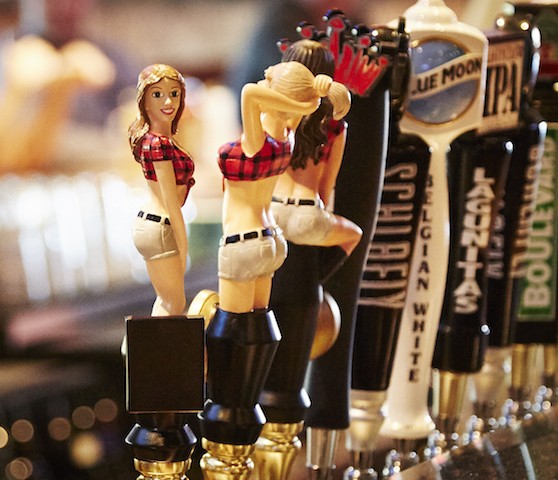 Turn the page for more photos of Twin Peaks, including its food offerings. 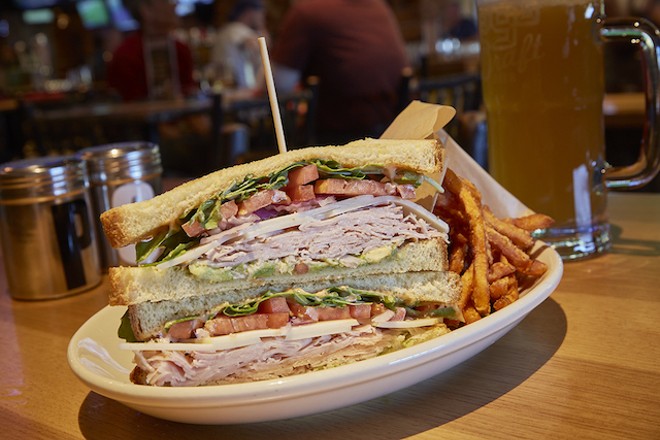 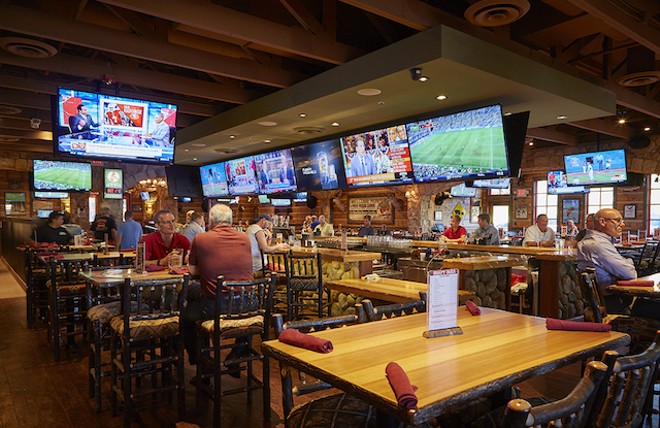