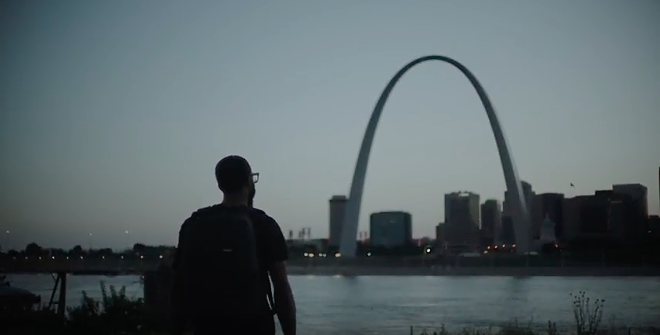 A new seven-minute documentary paying tribute to St. Louis and its residents has an unusual sponsor: Church's Chicken.

The documentary, which debuts locally below and has a nationwide rollout on Monday, is part of a short series of similar films made by the fried chicken spot. The first two featured Compton, California, and San Antonio.

The seven-minute film definitely makes a plug for Church's, but it also takes pains to show real people and dig far deeper than the touristy spots. Hey, it even talks about the Delmar Divide!

A spokeswoman for Church's explains St. Louis' selection, saying, "St. Louis is a community where our team members are integral parts of their neighborhoods. They have created communities around our restaurants and relationships with all our guests. All we strived to focus on is how people put their fears aside and unite to bring neighbors together."

You can watch the full film below.