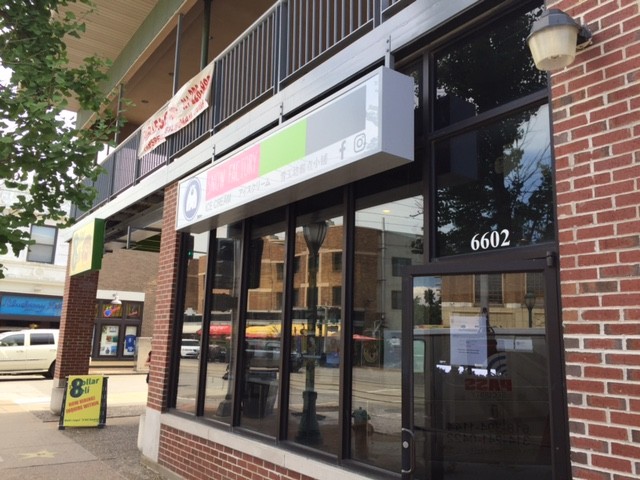 A new shop in the Delmar Loop aims to bring a type of ice cream previously unheard of in much of St. Louis — and likely the entire Midwest. Snow Factory St. Louis (6602 Delmar Boulevard), which hopes to open in the next month in the space that previously held Cheeseology, will specialize in Thai pan-fry ice cream rolls.

The style of ice cream is "cooked" on a hibachi table that's kept at 10 degrees below zero. The ice cream is mixed with fruit or other ingredients, and then chopped and stirred until it's crystallized. A recent import to New York City's Chinatown via a shop called 10Below Ice Cream (which is not affiliated with the one being planned in St. Louis), it's been drawing lines around the block.

The St. Louis iteration is the brainchild of Van Liu, a senior at University of Missouri-St. Louis majoring in finance and international business. Liu's dad is from mainland China and his mom from Taiwan, and while they moved to the U.S. when he was sixteen, on his annual trips back East during the summer, he fell in love with the frozen delicacies on offer in Asia.

After hearing of the Thai-style rolls' success in New York and Atlanta, he also saw a business opportunity — and paid his friends who own shops there to teach him the art.

He's planning a simple menu, but with a few options beyond sweets. Crepes for offer at lunch will be both sweet and savory, with exotic tea and sparkling drinks on offer.

And then there's that ice cream. "We have more than thirteen flavors, including vanilla, green tea, chocolate, mango, taro, coffee, sesame, strawberry, Thai tea, etc.," he explains in an email. "Customers will have more than 30 toppings to choose from. More importantly, this ice cream is customizable, low-fat, organic, and healthy. You won’t be as guilty consuming the same amount of ice cream."

Liu says his team has been working on an overhaul of the Cheeseology space, which closed more than a year ago. With wood and brick, he's hoping for a vintage, rustic look. "I have customers come in saying, 'Damn!'" he reports.

The shop is waiting for its permits from University City but hopes to be open within a month. Eventually, he hopes Snow Factory will become a chain with locations throughout the Midwest and then on the coasts.

See below for a video that shows how they do Thai-style rolls in New York.