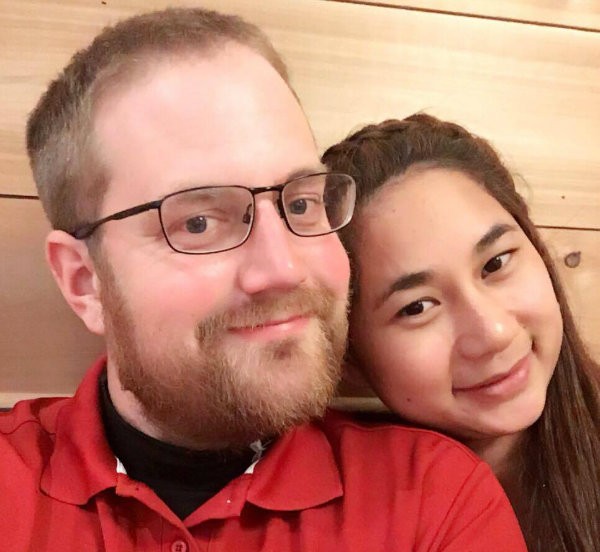 The roots of the partnership behind Sushi Station, the year-old restaurant in Webster Groves, lie in a different sushi restaurant — Blue Ocean Sushi in the Delmar Loop. Natchanok "Pui" Nammakhot was the general manager; Wiroj "RJ" Asusing was the chef.

After Asusing had already left Blue Ocean, Nammakhot claims, the chef approached her and asked her to come on board and partner with him for a new restaurant he wanted to open. He told her he'd kick in $18,000.

But the problems began almost immediately, according to legal paperwork Nammakhot would later file in St. Louis County Circuit Court. Asusing's promise of a wealthy backer from Thailand never materialized, and he failed to cough up more than $5,000.

Nammakhot didn't walk away. Instead, she recruited her fiance, Jacob Mangrum, who kicked in startup funds — and she went ahead with the restaurant and the partnership with Asusing. Sushi Station opened last summer.

The eatery has since dissolved in the sort of public fighting seldom seen in the city's restaurant scene. Lawsuits and counter suits have been filed, with ugly accusations aired. The police have been called. But in the mean time, incredibly, the restaurant has stayed open — something that Nammakhot's attorney, Bryan Kaemmerer of McCarthy, Leonard and Kaemmerer, says won't change any time soon.

The litigation, he acknowledges, "has taken a significant financial and emotional toll" on Nammakhot. "She is not the party that initiated this litigation, but she remains committed to pursuing the litigation towards its conclusion," he says.

As Nammakhot detailed in a recent counterclaim against Asusing, the problems with Asusing only increased after he came up short in his initial investment. He allegedly threw a birthday party for a friend at the restaurant and never reimbursed their partnership. He gave away up to $100 a week in free food to "female customers in which he had a romantic interest," she alleges. He sold Sushi Station food at the Old Webster Jazz & Blues Festival, but never remitted any money back to the partnership, she claims. He also allegedly "routinely provided alcohol and other items to restaurant employees without charging them ... claiming that a restaurant where he used to work allowed its employees to consume alcoholic beverages without paying."

And then there were his absences. He traveled to Florida and missed a week of work in November, she alleges. In January it was L.A., and then onto Thailand. He was gone for an entire month — yet Nammakhot continued to pay his monthly salary out of their partnership's funds. And then, in April, he allegedly withdrew another $2,008 from the restaurant's account, without his partners' authorization.

(Asusing did not respond to a request for comment via his attorney; in his lawsuit, he has described the argument as a conspiracy to wrest the business away from him.)

Weary of his absences, Nammakhot hired a lawyer. On May 6, she presented him with a demand letter drafted by an attorney. And that's when things got really ugly, according to her legal filing.

He demanded they talk; when she, frightened, said she needed to attend to managing the restaurant, he grabbed her hand "and pulled it toward him in a forceful manner," she alleges. She then called the police.

And she also took action to protect herself. As her legal filing details, she withdrew the $110,000 in their shared account and opened a new account.

That's when, on May 12, he sued her and Mangrum, alleging embezzlement, petitioning for a restraining order and asking the court to dissolve their partnership.

Now Nammakhot is fighting back. Late last week, she detailed her allegations of a bad behavior in a counter claim against Asusing. And while he's since withdrawn the part of his lawsuit asking the court for a dissolution, she's pushing ahead with a goal of achieving just that.

The case is on hold for the moment (Judge Robert S. Cohen, who was handling it, has retired, and a replacement has not been named yet). But Kaemmerer says his client is hoping the end is in sight.

"Miss Nammakhot remains hopeful that the court will grant her request to dissolve this company," he says. "We do not believe this business relationship can continue between these parties due to the significant operating difficulties that have ensued."