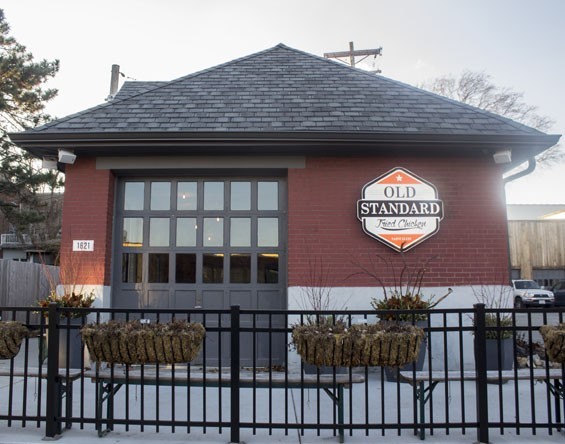 Old Standard Fried Chicken, the Botanical Heights spot that helped usher in a high-end craze for the once-humble fried chicken, will close its doors after dinner service this Sunday.

That's according to owner Ben Poremba, who issued a press release with the news.

Poremba, who also owns Elaia and Olio in the neighborhood, as well as co-owning La Patisserie Chouquette and Parigi in Clayton, said in the release that he planned to reveal "an exciting new concept for the location" in the coming weeks.

“We want to thank our employees for their commitment to the restaurant, in addition to the hard work and service that they’ve shown since we opened our doors. We also want to thank our customers and friends for their support and patronage. While we’ve had a great time and have valued this experience, we’re making this tough decision in good conscience,” Poremba said in the release.

Located in what used to be a stable, Old Standard helped usher in the whiskey-and-Southern food craze that gripped St. Louis in 2o14.

As RFT critic Cheryl Baehr wrote in a rave review,


Fried chicken is Old Standard's only entrée, and though the prices are about triple what one would find at a classic chicken shack, Poremba is not serving just any old bird. They're ethically raised Amish poultry from a small family farm in Indiana. And his obsession with preparing the perfect fried chicken does not end with the sourcing. He tinkered with the brining process like a chemist and invested serious cash into a special pressure fryer that locks in moisture.


Along with its sister restaurants, Old Standard also helped to turn Botanical Heights from hard-scrabble "McRee Town" into a desirable destination. In addition to Poremba's restaurants, the place is now home to the acclaimed Union Loafers and increasingly up-market housing.