Stringbean Coffee Company Is Moving to Brentwood This Fall 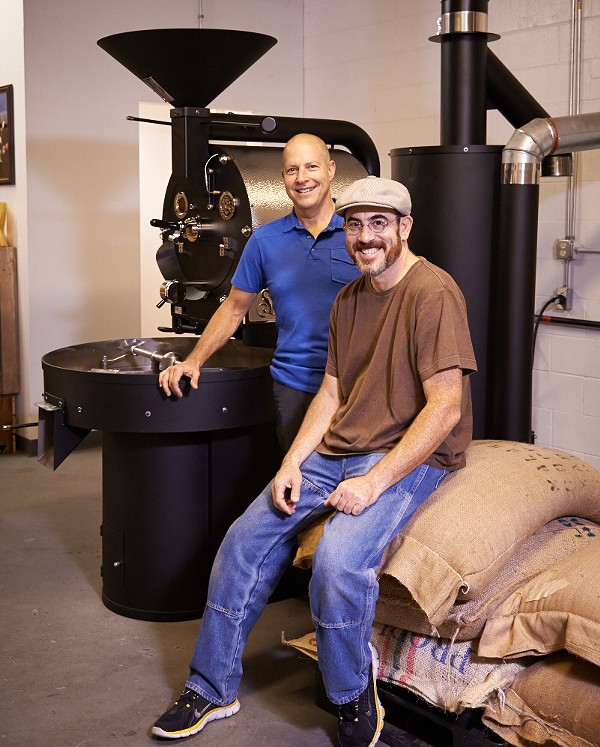 "We've been open for five years and have been roasting in Jefferson County for the last year," Cohen explains. "We just signed the lease for the Brentwood location, which is four times the space we currently have."

Cohen, who founded Stringbean in 2011 as a response to the bitter coffee he always found himself drinking, operates the small roastery with business partner David Pocost. Since opening, the small roastery has become a staple in the local coffee community, recognized for its commitment to ethically and sustainably sourced beans. Stringbean was the RFT's pick for the area's "Best Coffee" in our 2015 Best of St. Louis issue.

The new space, at 858 Hanley Industrial Court, will allow Stringbean to be more centrally located to its wholesale business and give Cohen and Pocost the opportunity to host coffee-related events.

"We'll be doing some really cool events of our own and for other people. We might even have some evening jams while we're roasting," Cohen says. "I'm bringing my Soul Train disco ball with me, and it will be spinning in the new space. We always roast under the disco ball — shouldn't every ex-banker turned coffee roaster do that?"

Cohen is not joking. Several years ago, he acquired one of the two original disco balls from the Soul Train set, which has been on display at Stringbean's roastery since its inception. It's his tradition to roast to music, under lights and the spinning disco ball.

At the new space, folks will finally get to catch him in the act.

"We're not going to be a coffee shop, but I expect a lot of people to just stop by at the new space," says Cohen. "We hope to have a lot of visitors. It's a place I'd want to hang out."