Here's What You Missed in Bar Rescue's City Bistro/Beechwood Transformation 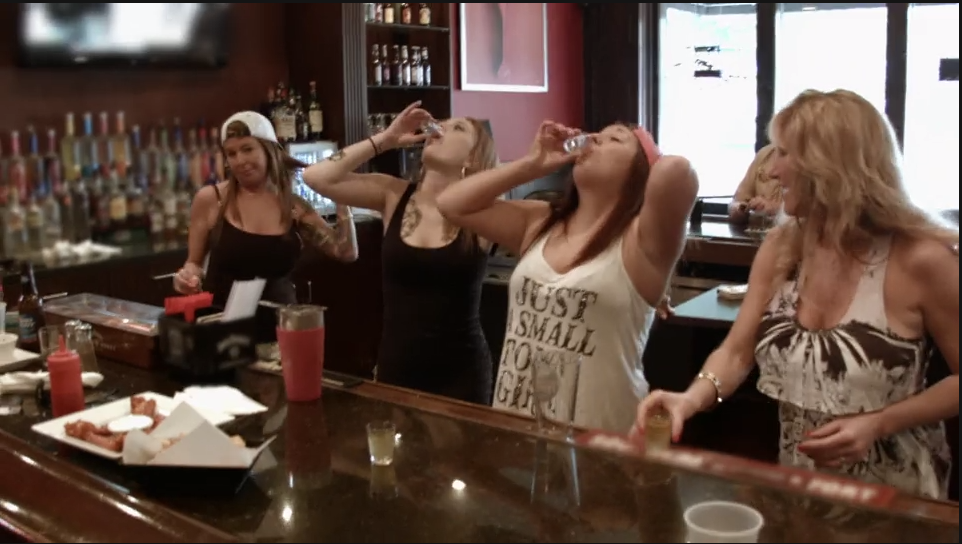 It only takes five seconds of the episode of Bar Rescue that premiered last night to identify the problem at the struggling City Bistro: boobs. Bartenders at the bar on Gravois proudly flash their breasts to have a good time and rack up tips. Professionalism? Who needs it?

That's good TV — and it only gets better from there. Of all the recent episodes of the Spike TV show set in St. Louis, the one filmed at City Bistro was definitely the one to DVR. It has boobs. It has tears. It has enough Anheuser-Busch product placement to make your head spin. It even has a dead rat!


But we'll get to that in good time. Here's how all the fun went down on last night's episode.

Almost immediately after the bared breasts, we pay homage to the King of Beers. When host Jon Taffer sends two spies into the bar on an initial look-see, they're greeted by customers and bartenders chanting and taking shots together while another bartender squeezes her bare breasts together. (On the upside, the breasts look real.)

The spies ask for Budweiser on draft, because it's St. Louis and what else are you going to order? And that's when Problem No. 2 gets its big reveal: THEY DON'T EVEN HAVE BUDWEISER OR BUD LIGHT ON DRAFT.

Not only does the bar have signs for both beers, but you're in St. Louis, dammit. Apparently unaware that the city's landmark brewery is now in the hands of Belgians, Taffer seems convinced that Budweiser is basically our water. How could a St. Louis bar not serve Budweiser?

Disappointed in the lack of beer, the spies ask for food. The bartenders announce they're out and the kitchen is closed for the night. The camera then pans to the kitchen: It's ready to use, but with no cooks or food anywhere to be seen.

After Taffer rages in his car, he sends in one of his kitchen experts, Ryan — along with fifteen Imo's pizzas. The hungry patrons and employees are all so food-deprived, even the small cohort quickly polishes off all fifteen pies.

After Imo's gives everyone their second wind, Bartender Tami decided to take things up a notch. Like a drunk sorority girl begging for attention at a party, she starts screaming "free show, free show, free show!!" while taking a man's head and shoving it between her boobs. Her failed attempt at breastfeeding the customers enrages both Taffer and the bar's owner, Tiffany Hutchinson, who retreat into the unused kitchen.

Back at the bar, two bartenders drunkenly struggle to crawl around the top of the bar, tweaking and grinding on each other like they're the Wednesday morning shift at Coyote Ugly. One bartender proceeds to tell Taffer's female spy that she is the most gorgeous woman she's ever seen and that she'd love to make out with her.

This is the last straw for Taffer. He goes into the bar to raise hell.

Taffer tells Hutchinson that if she can't grow a pair and fire the trainwreck known as Bartender Tami, then he can't help her.

She does just that and lets go of the world's worst — yet most entertaining —bartender. In a drunken rage Bartender Tami yells at the camera and exits the episode with a signature tit flash. Ah, St. Louis.

That's pretty much peak drama for this show, but you won't want to change the channel — we haven't even got to the rat yet.

So, following the show's formula, Taffer comes back the next day to go over the problems. He scolds City Bistro for not carrying the prime beer of St. Louis, then proceeds to call them the "antichrist of women's bars."

After his rant, Hutchinson tells the bartenders that they need to stop flashing people and touching each other and giving away free drinks. Simple enough. Some of the girls look deeply disappointed.

After Taffer shows them that they wasted $300,000 worth of alcohol a year in free drinks, he gives the floor over to Hutchinson again, who gets to give her sob story of how she can't pay for anything for her kids because instead of running a bar and grill she is in fact running a barely passable whorehouse.

Next we are given a restaurant tour where we see a walk-in refrigerator that holds no food and instead works as a storage unit, fruit flies in alcohol bottles, and a dead rat — yes, the long-awaited rat — in the fryer. (It looked a little like a mouse to us, but hey, who can blame the producers for upping the ante?) Toasted rat is surprisingly not a classic St. Louis dish and so this discovery throws Taffer into another storm of rage.

After a revamp of the menu — and a thorough cleaning — the bar expert stocks the bar with Budweiser, Bud Light and Shock Top. After a taste test that would make Gussie Busch roll over in his grave, the bar expert lectures the girls on the difference between the three and they learn how to distinguish beers that half of St. Louis has been drinking since they were fourteen.

After the lessons, the bar is given a stress test to see how it runs for the night. After a slow start, about 30 incorrectly poured beers, and some spotty management from Hutchinson, it is decided that they are improving but definitely need more work.

Taffer then sits down with Hutchinson at the Budweiser brewery. He gives the rest of the staff a tour of the facility so they can learn from St. Louis' crown jewel exactly what it means to be proud of your work.

After one of the heaviest showcases of product placement in recent history, which clearly cost our Belgian friends a pretty penny, the staff leaves the bar ready to work and honor the great name of InBev Anheuser-Busch.

Taffer gives one more bar lesson and goes over the new menu options before he sends the City Bistro crew home so that he can remodel the store.

Under the new name "The Beechwood Restaurant & Bar" — yes, that's another tribute to Budweiser; recall its "beechwood-aged" process? — the staff is amazed by the bar's new look. The restaurant and kitchen look brand-new and now the staff is ready to keep their shirts on.

All looks well that night in the bar: the beer is cold, the roast beef sandwiches are hot, and the bartenders are clothed, giving hope for the future of the Beechwood. Sales, we're told at the end of the episode, are up 25 percent. See what a little Budweiser can do?

Of course, that's TV. The reality might have ended up a wee bit differently. But hey, sometimes the only happy endings are in show business. 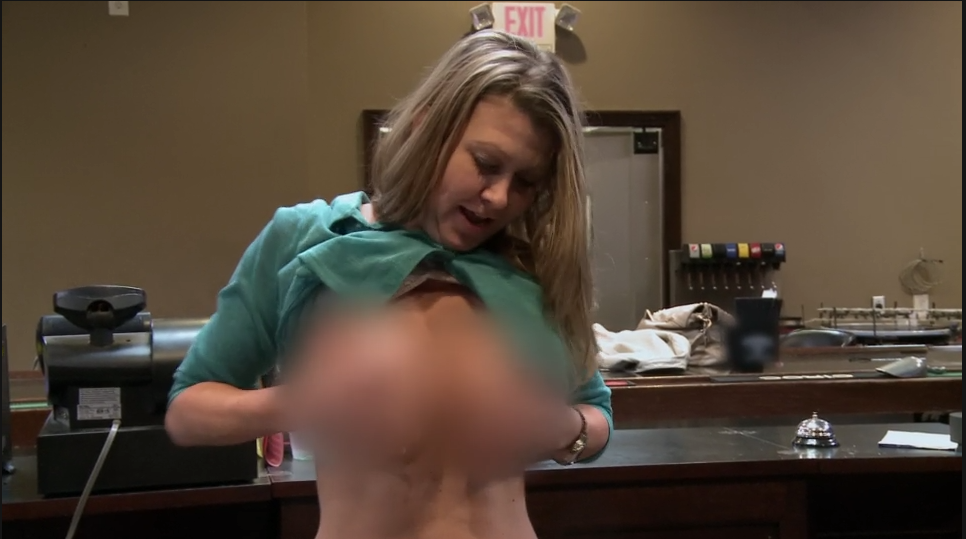