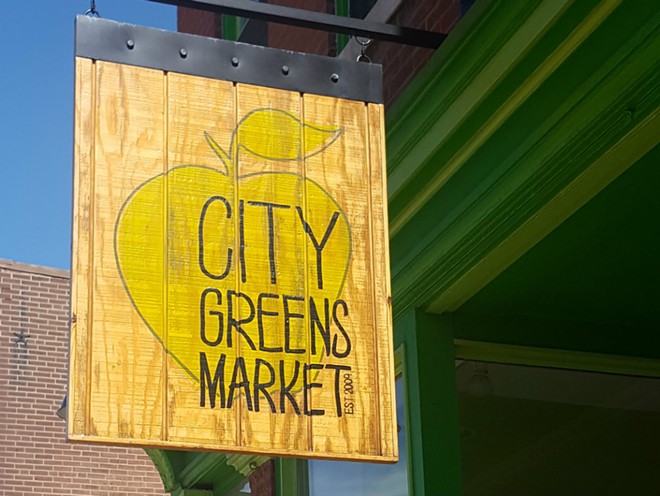 Although some of the shelves currently sit empty, the Grove's only grocery store — and one of . Louis's few non-profit community grocery stores — is preparing for its comeback.

City Greens Market (4260 Manchester Avenue), a membership-based grocery store located on the east side of the Grove, is set to open its doors again this month after closing in the spring. And for the first time in its eight-year history, it'll be standing on its own, with a goal of being completely self-sustaining.


A group called the Midtown Mamas started the market in 2009 as a way to get healthy, local food to low-income neighborhoods in the area. Run almost entirely by volunteers, the market's products come almost exclusively from Missouri and Illinois farmers.

The market worked out of the basement of Midtown Catholic Charities, on Boyle, up until two years ago. But the market grew too big for the space, says Bobbie Sykes, a Midtown and mother of City Greens Market co-director Sykes. When it became clear a new location was needed, the Grove location caught her eye.

"We had the idea: We wanted a store. Here it is. The move was a dream," Sykes says.

Up until last month, the market was supported by Midtown Catholic Charities, a non-profit begun as part of Catholic Charities St. Louis that now operates under St. Francis Community Services. But budget restraints led to the operation being cut, says Market co-director Dylan Naylor. Not wanting to abandon the project, Sykes, Naylor and several volunteers struck out alone in the same space on Manchester, hoping to make the market self-sustaining through its membership program.

Membership rates are based on income, Naylor says. Applicants provide a yearly income and a monthly rate is decided based on what they can afford. The subsidy from more affluent members helps to keep the market afloat.

“That way people pay what they can. Once you’re a member there’s no difference in the food price,”  Naylor says. “We don’t mark up the prices of anything we buy. We buy eggs for $3.50 a dozen and sell them for $3.50 a dozen."


When the market is again open, the volunteers plan to host fundraisers and membership drives and get the market's iconic "Supa Fresh Veggie Mobile" up and running.

"We're trying to not be a specialty store, and try to have one of every different kind of thing you need to make a meal," Naylor says.

Bobbie Sykes, who volunteers at the market, says being in the Grove gives the staff a chance to promote healthy lifestyles in the surrounding neighborhoods. Equipped with a small kitchen in the backroom, the market is also a place for neighbors to learn to cook different, healthier recipes.

Naylor says he's honored to be able to work with the Sykes and the Midtown Mamas. He says the market is something the neighborhood needed.

"There's so many neighborhoods that haven't had grocery stores in forever. These women saw this was a problem here and came together as a community to do something about it," Naylor says. 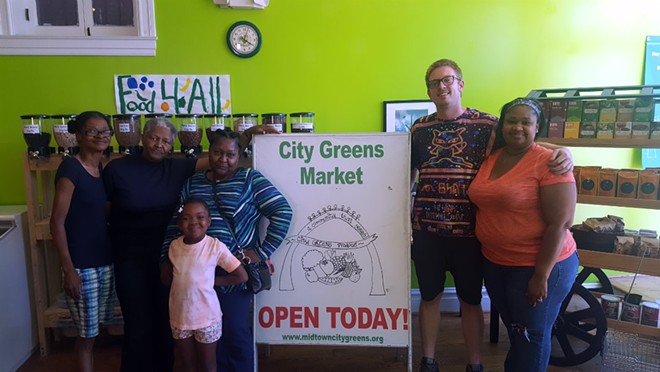