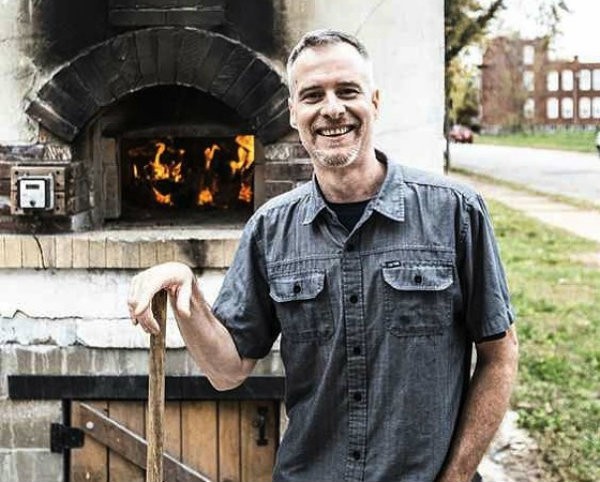 Fans of the naturally leavened breads at Red Fox Baking were saddened last week when owner Chris Scheets announced he would be closing shop at the end of the month. If Barry Kinder has his way, though, they'll still be able to get their beloved loaves.

Kinder owns Grove East Provisions (3101 Arsenal Street; 314-802-7090), the grocery/cafe in Tower Grove East that Red Fox had been embedded within. He announced Friday that he would be taking over the bakery's operations effective this weekend. Though he won't be offering Red Fox's entire line of breads right away, he will continue the sandwich breads and baguettes, with plans to increase production as he gains his confidence.


"I've been watching Chris' technique for the past year," says Kinder. "For the last month I've basically been his apprentice, and he's been so kind about teaching me. It's a lot harder than I thought, but now that I know the formula and how to keep it going I feel pretty confident."

Scheets founded Red Fox Baking in 2013 with then-partners Jenny Wilson and Jake Marks. He first told Kinder of his plans to close the bakery a few months ago. At first, Kinder was concerned, as he'd come to rely on Scheets for providing all of the breads his cafe uses for sandwiches.

"There's really no alternative to this bread," Kinder explains. "I just didn't want to start over. I told him that I can't go anywhere else for the bread and asked if he'd take the time to teach me how to do it. I was surprised at how gracious he has been with teaching me."

Kinder and Scheets' relationship dates back to the spring of 2014, when the pair forged a cooperative business arrangement: Kinder would allow Red Fox to share Grove East Provisions' kitchen and use the small restaurant as both a production and retail space if Scheets would provide the bread for Kinder's sandwiches. They cemented their partnership — literally — by building the bakery's wood oven, brick by brick, in the yard behind the restaurant.

The arrangement worked insofar as both Red Fox and Grove East Provisions grew their businesses over the past year. However, when Wilson and Marks left Red Fox last year, Scheets was left to run the entire baking operation himself. "He didn't cut production or his workload when that happened," Kinder explains. "He came up with a system and did it, but after doing it by himself, he realized he could hire a crew to help and deal with all of those headaches or just call it. He's really just looking forward to taking time off to figure things out."

Kinder admits that he has his work cut out for him, and he anticipates the learning curve will be steep. Still, he is excited by the idea of continuing Red Fox's legacy. "If I make all of my own bread, that means I will now be making everything in-house myself," Kinder says. "I'll probably have beginner's luck — the first batch will turn out great but the second one will be a disaster. Luckily Chris is willing to come and help me if I need it, but if I can pull this off, it will be so rewarding."