Mexcla Closes on Cherokee Street After Just One Month 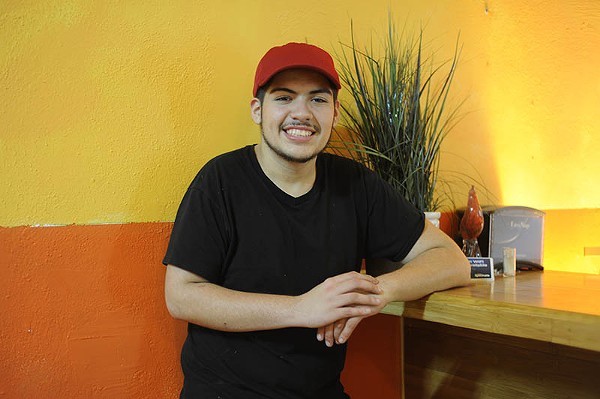 If you were hoping to get your hands on one of the pambazo sandwiches at Mexcla (2818 Cherokee Street; 314-449-1220), you're out of luck. After just one month, the restaurant appears to have closed.

Mexcla, which opened in late May on Cherokee Street in the former Tarahumara space, has been dark for the last two weeks, according to neighbors who asked not to be named. The phone has been disconnected, and the doors were locked during regular lunchtime hours last Tuesday and Thursday.

Pablo Quezada opened Mexcla in late May, just one week before his high school graduation. At eighteen, he was St. Louis' youngest restaurateur — and though his age may have raised an eyebrow or two, his food assuaged any concerns about his cooking abilities. The restaurant boasted authentic Mexico City dishes, such as huaraches and the aforementioned pambazo sandwich, a take on the torta where the bread is dipped in guajillo chili sauce and fried.

Quezado has been cooking since he was fifteen, and his resume includes Diana's Bakery, La Vallesana, Fuzzy's Taco Shop and Crazy Bowls & Wraps. However, in an interview with the Riverfront Times in May, Quezada said he was proud to offer authentic Mexican dishes that he'd seen lacking in the St. Louis food community. "People are coming here for stuff they can't find in other places."

For now, they will have to keep looking.