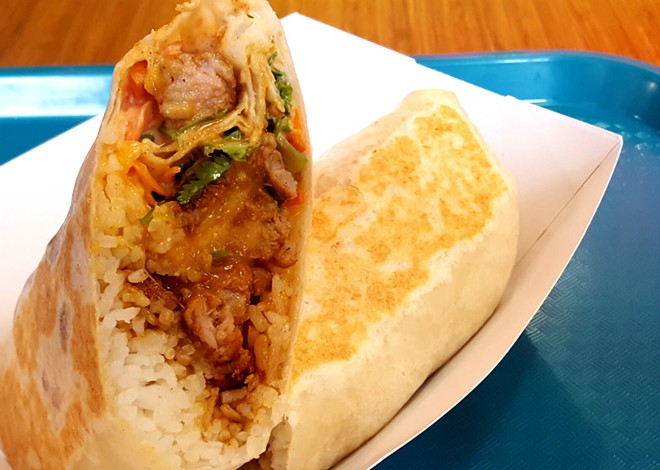 Sue and Mark Shackelford run the new taco shack, which they named after the Korean word for short rib — one of Kalbi's specialties.

"It's Asian food with a Mexican twist, we've kind of incorporated all of our Asian marinades into our tacos, burritos and quesadillas and such," says Sue Shackelford.

Shackelford, who makes all of Kalbi's marinades and food in-house, says she got her cooking chops from her parents, who worked as chefs in St. Louis in the seventies. Her mother worked as the Rice Bowl on Grand's head chef when it was open, while her father worked as a chef at Trader Vic's.

For a time, Sue and her husband Mark worked in antiques. She says she feels like she's gone full circle by coming back to cooking.

"I always watched my parents cook. We are Chinese, but they cooked Korean, Vietnamese, Thai food," Shackelford says. "My parents were cooks and I cooked and also managed restaurants. It's kind of like I'm going full circle."

Shackelford says making food affordable and tasty was a priority for Kalbi.

"Our motive is to make it affordable so people will come back," she says. "That's what I wanted to accomplish. Its not something they have to save their money for."

Korean/Mexican fusion has become an incredibly popular mashup in the last decade, beginning in Los Angeles with Roy Choi's Kogi BBQ Taco Truck and popularized in St. Louis by David Choi's Seoul Taco, which started as a taco truck but now has brick-and-mortar locations as far away as Chicago. But it's safe to say that, as groundbreaking as those two undertakings were, even they lacked the added twist of being filtered through a Chinese sensibility.

The inside of Kalbi's is colorful and comfortable, and the kitchen staff, which includes Shackelford's daughter Olivia, are friendly and welcoming. The walls are decorated with murals and a large sign that simply says "EAT." Shackelford says the entire restaurant couldn't have opened without the hard work of the friends and family.

Shackelford says what she wants most from Kalbi's is to put smiles on her customers' faces.

"I want people to enjoy my food, I want to see them smile and be happy. When you walk in the door we're going to treat you like your family," Shackelford says. 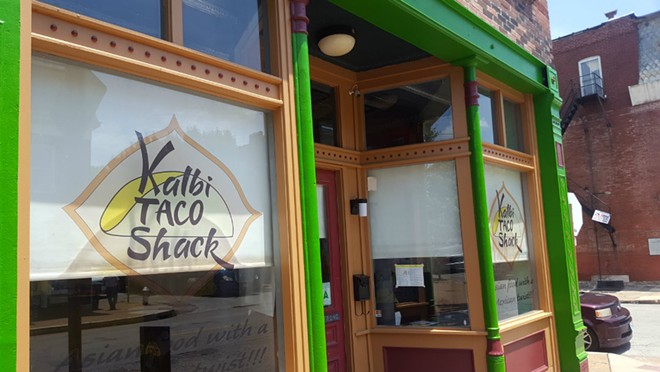