Red Fox Baking Will Close at the End of the Month 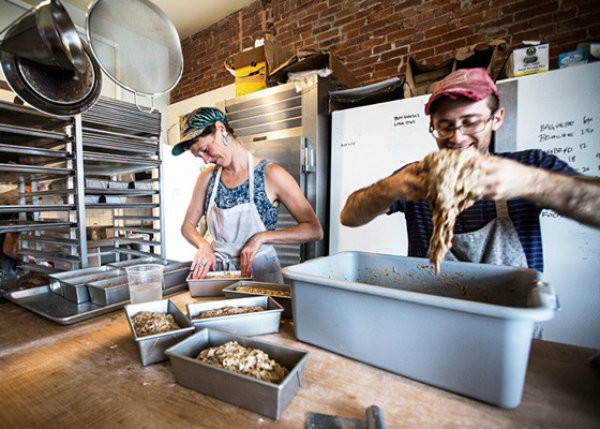 Red Fox Baking (3101 Arsenal Street; 314-802-7090), the acclaimed baking collective that operates out of Grove East Provisions, announced today that it will close at the end of the month.

Owner Chris Scheets broke the news via the bakery's Facebook page, but gave no reason for the closure. The bakery's last day at the Tower Grove Farmer's Market will be Saturday, June 25, and their last baking day at Grove East Provisions is set for June 29.

When the bakery began, it was a joint operation from Scheets and Jenny Wilson and Jake Marks. The trio started their baking operation out of Black Bear Bakery in 2013 before partnering with Grove East Provisions owner Barry Kinder in the spring of 2014. As Kinder got to work rehabbing the building that would go on to hold his bodega, Wilson, Marks and Scheets were out back, building their wood-burning bread oven by hand, brick by brick.

Marks and Wilson left about a year ago, but the bakery's labor of love resulted in some of the city's best bread, cookies and pastries that were a staple of the Tower Grove Farmer's Market and small, independent grocers around town.

We have reached out to Red Fox Baking for comment and will update this story as more information becomes available. The bakery's full statement can be found below:

Red Fox Baking will be closing down at the end of June. Our last day at the Tower Grove Farmer's Market will be Saturday June 25th. Our last bake will be on Wednesday the 29th. A big thank you to all of our loyal customers and everyone who has supported us over the last three years. Keep eating good bread!"


Editor's note: A previous version of this story failed to note that Marks and Wilson left Red Fox Baking about a year ago. We've updated the story and regret the omission.