The building next to Foam was formerly Labeebee’s Middle Eastern Cuisine before Mud House owners Jeremy and Casey Miller and Chef Chris Bork began to make plans for a ramen house.

Bork, who formerly worked as the executive chef at both Mud House and Blood and Sand, says creating a ramen-based menu was never his dream, but rather something he thought Cherokee might need.


“It was more about what would work well on the street. What the neighborhood would like,” Bork says. “What does Cherokee street need and want right now? It's something different.”

VISTA Ramen’s interior is sleek and slim. The dining area has a humble amount of tables and several seats at the ramen bar, which works as both an eating area and observation deck into the kitchen. The restaurant's western wall, which used to face an empty lot, is decorated with an old bank advertisement. VISTA’s bar, where sake cups and drinks line the shelves, is also tucked away on that wall.

Most of the decorations and tables, as well as several other items in the restaurant, were made locally by friends of the VISTA team, says general manager Aaron Stovall. Every bowl in the shop was made by a personal friend of the Millers.

While ramen’s roots are Japanese, VISTA’s menu isn’t based off any one cuisine, Bork says. Rather than strive for authenticity, he wanted the freedom to add his own touch to each of VISTA’s plates.

“I felt comfortable with the idea of ramen because I’ve been making stocks and sauces for a very long time,” Bork says. “We felt like we could do it in a way that is respectable to what ramen is but kind of put our own twist on it.” 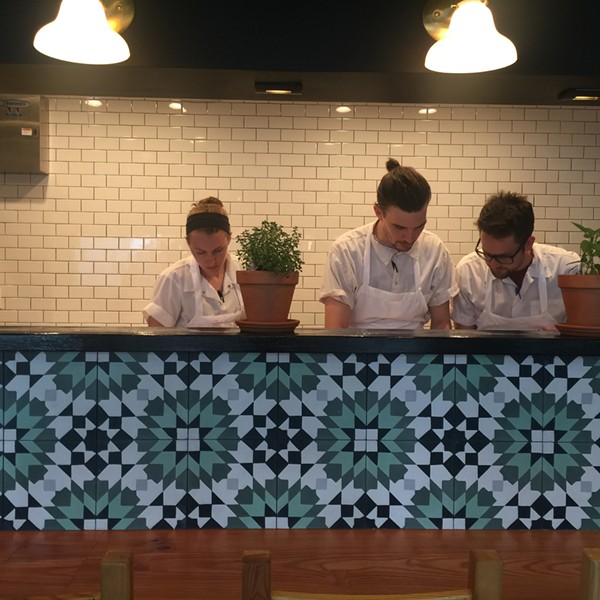 The ramen house’s bar features three different in addition to beer and cocktails. Stovall, who runs the front end of VISTA and its bar, says many of the cocktails are based off what Bork’s kitchen provides the bar. He says VISTA also hopes to add more choices of sake as time goes on.

“We’re kind of leaning toward the side of simplicity,” Stovall says. “Kind of trying to expand the sake game a little bit. We’re pushing towards new and interesting stuff.”

And the menu isn’t the only part of VISTA that shows the team's hard work. While contractors were involved, the VISTA team also pitched in on construction, breaking concrete and digging holes in the basement to get the plumbing properly installed.

“We all put in a tremendous amount of work, some of us more in the construction part,” Bork says. “I don’t want to smash up concrete and dig holes for plumbing, but I’ll always remember that.”

Bork says he is now ready for the next challenge — and he knows exactly what it is. 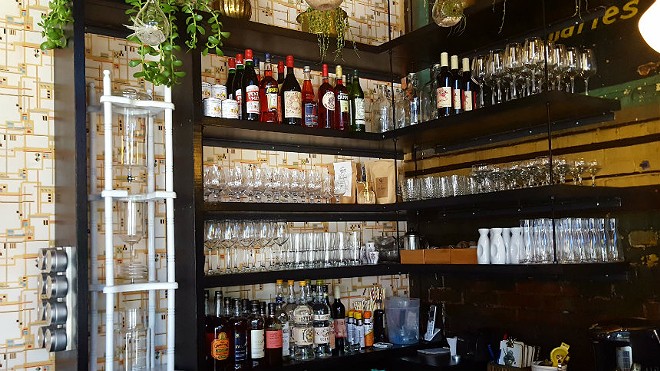