"Mad Chef" Marc Felix Is Back with Mangez-Moi 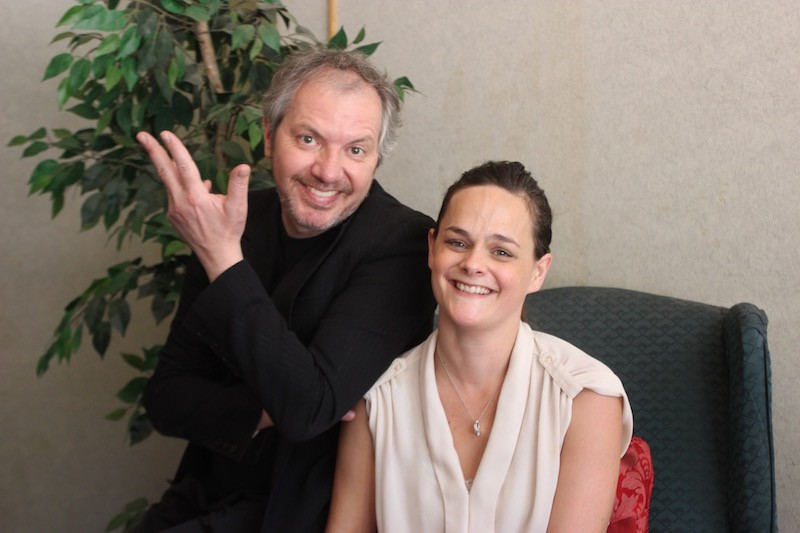 Chef Marc Felix had been out of jail for less than 24 hours when he found himself cooking for a whole bunch of strangers.

Felix's appearance last weekend at the long-shuttered Rue Lafayette cafe in Lafayette Square came with no formal announcement, no menus, no prices. The people who stopped by ate what Felix decreed and paid whatever they felt like paying. This wasn't just a pop-up; this was guerilla dining.

The Mad Chef was back.

The French-born Felix is one of the most charming, and energetic, presences in the St. Louis food scene. It's not just personality that he brings to his enterprises; he's also one of the city's more acclaimed chefs. His resume includes opening three Ritz-Carltons and a stint as the chef at the Plaza Hotel in New York City before moving to St. Louis, in 2002, to work for the Adams-Mark Hotel.

But his Town & Country restaurant, Bistro 1130, lasted four years before being rebranded in 2014 with a new chef and Mediterranean cuisine.
And at some point, Felix — so quotable, so media-friendly — went off the grid. Court records show financial problems and a 2014 arrest for drunk driving, in which he was charged as a persistent offender. He says he's sober now and has been for four years; as he describes it, he spent recent years fighting some serious health problems after a 60-pound kitchen pot fell on him, crushing two discs and cracking his hip. Six surgeries followed.

And then, just as he was preparing to launch his triumphant return, he got arrested — picked up on a warrant for that 2014 DUI. He spent almost all of May in the city workhouse before posting bail on June 3. (Felix says he was wrongly accused; he has entered a "not guilty" plea.)

Jail, the chef says, was utterly "inhuman." But after getting off to a rocky start, he found his bearings, giving French lessons and improvising in the workhouse kitchen. "I created the most beautiful recipes, using Cheerios, milk powder and the microwave," he boasts. "I became the star." He describes another dish —  pizza crust, ramen noodles, refried beans — almost lovingly.

Last Friday, he was released. And what is a mad chef to do but head back to the kitchen? At Rue Lafayette on Saturday he charmed the neighbors, whipping up crepes and puff pastries with scrambled eggs and hollandaise. His two teenaged daughters helped serve the three courses, all dreamed up by Felix and offered without substitutions. Says Felix, "We are confused by so many choices. When you don't have to make a choice any more, you are fine."

Before he was hauled off to the workhouse, Felix had been in the process of launching an enterprise with Eva Tucker, whose company, Human Design Marketing & Technology, does website development and digital marketing. The two business partners clearly adore each other; she is the practical yin to his ebullient yang. (She acknowledges that the skills she's developed as the mother of two boys come in quite handy — "I had to set some clear boundaries.")

Now that he's back, they have big plans. Their company, Chef Marc Felix presents Mangez-Moi, has ambitions for everything from a line of edible drinking straws to vacuum-sealed meals.

But in addition to the e-commerce, there will be more pop-ups — including another day of guerilla dining at Rue Lafayette this Saturday, June 11. (See their Facebook page for more info.) Felix will be there beginning at 9 a.m.; once again, there will be no menu, no prices. Just good food and community. "The greatest pleasure in life is to give pleasure," the Mad Chef says.

Talking about their plans at Shapiro's Market, the bodega around the corner from his Central West End apartment, Felix is wearing a black T-shirt that reads simply "creative genius." In his black blazer, black pants and running shoes, he looks none the worse for the wear — until he lifts his shirt to show off his scars, which look deep and serious.

He has a word for everyone walking by, and nothing but praise for Shapiro's owner, who he calls "one of my best friends." (The owner, Maher David, seems open to the idea of a pop-up on-site at Shapiro's: "You let me know when.")

Reflecting on the craziness of recent years, Felix pauses to inspect a clear plastic baggie of fresh dill, procured that very day from Tucker's garden. "I need a fix," he says. He opens the bag and inhales deeply. "People have shots; I have my dill."

It's left to Tucker to bring the conversation back to the point. "This is the next chapter of the Mad Chef," she says simply. "He's back."