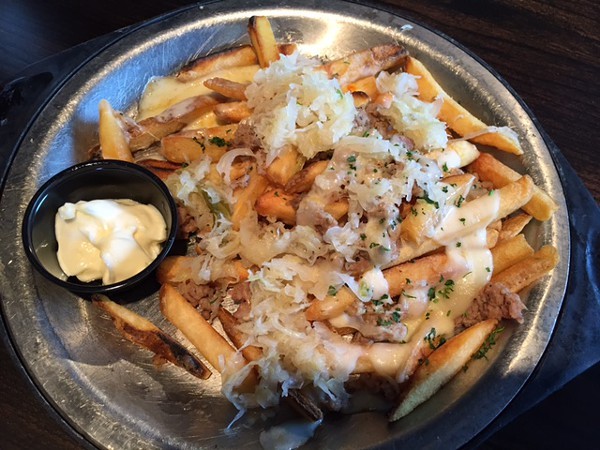 In recent weeks, owner Pierre Balentine tells the RFT, he's begun a rebrand to focus on sports and games. Instead of an upscale lounge, he's brought in a pool table, a jukebox and video games to fill the 5,400-square-foot restaurant and bar. Most popular, though, has been the Pop-a-Shot basketball game.

That's not all. On Tuesdays, an open mic night kicks off at 10 p.m.; on Wednesdays, beginning next week, the bar will host trivia.

And with the new focus is a new name — while the signage out front hasn't changed, Balentine says the new identity is already official: Balentine's Restaurant & Sports Bar.

The menu has been changing, too. "We're doing more appetizer items," he says, including chicken cheeseballs. Barbecue sandwiches are now also on offer.

Balentine is frank about the new look and new name. "When you're not making the money you expect to make, you have to change," he says.

Of the neighborhood's response so far, he says, "It's a steady flow. We're moving in the right direction."