Chef Kevin Nashan's 10 Favorite Spots in (or Near) Benton Park 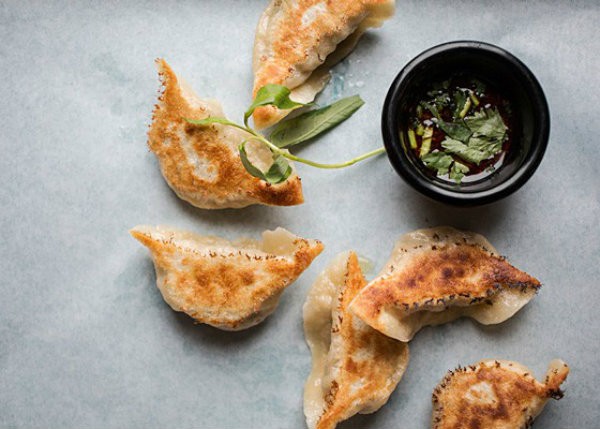 It's not just the format of his restaurant, which transitioned from a meat and potatoes spot to a bastion of modern American cuisine. It's the Benton Park neighborhood itself. Gone are the days when the area boasted a handful of restaurants and one local watering hole. Now Benton Park is a thriving culinary destination that angles for honors as one of St. Louis' hottest dining districts.


We asked Nashan for his picks for some of Benton Park's must-visit eateries — humbly, he didn't mention Sidney Street Cafe or Peacemaker Lobster & Crab Co. (1831 Sidney Street; 314-772-8858), though there's no question his two restaurants should be high on that list.

Instead, he gave us nine of his favorite places to dine when he's off the clock — plus one non-restaurant as a bonus. Clip, save and use this as your guide to explore the neighborhood and its surrounding environs.

1. Sump Coffee
3700 S. Jefferson Avenue; 314-412-5670
"I guess it's technically not Benton Park, but this is some of the best coffee in the world, right within our reach," Nashan says. "I'm a creature of habit, so I always get either an iced coffee or a cappuccino. I get it to-go, and then end up talking to Scott [Carey] until I finish it. That's really wasteful — I'll have to change that!"

3. Benton Park Cafe
1900 Arsenal Street; 314-771-7200
"This is such a fun spot for breakfast," Nashan says of the Benton Park mainstay that is perpetually packed on the weekends. "I get a breakfast sandwich."

4. Gus' Pretzels
1820 Arsenal Street; 314-664-4010
"They have three different variations of a hot-dog wrapped in a pretzel," Nashan explains. "You can either get a hot dog, a bratwurst or a salsiccia, which is like a spicy hot dog. It's delicious. Once a month we get a whole bunch and bring them to Sidney Street and Peacemaker for everyone."

5. Blues City Deli
2438 McNair Avenue; 314-773-8225
"Vince [Valenza] is great — he's done such wonderful things for the neighborhood," Nashan says. "He's always so accommodating and the food is consistent. I like a lot of his stuff, but the pork sandwich on a pretzel roll is hard to beat. This place has been such an anchor for the neighborhood."

9. Lona's Lil' Eats
2199 California Avenue; 314-925-1888
Though technically in Fox Park, Nashan can't leave out one of his favorite spots in the blocks surrounding Benton Park. "This place is phenomenal," he says of the tiny restaurant's unique Asian soul food. "I eat here at least once a week."