Dr. Dan Claims the Throne with Game of Thrones Pancakes 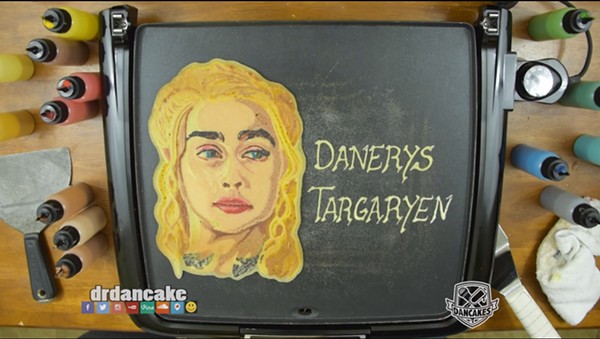 In the game of pancakes, you win or you die ... OK, maybe not really, but Dr. Dan the Pancake Man by all accounts is sitting on the Pancake Throne after his latest series of creations.

On his YouTube channel, the St. Louis-based pancake artist masterfully creates hotcake renditions of the cast of HBO's Game of Thrones — or at least what's left of it (blame George R.R. Martin). Twelve series' characters are featured in the video, in which the amazing Dr. Dan seemingly holds a picture of the character in one hand and makes pancakes with the other.

To say the portraits are detailed is an understatement.

Take a look at the good doctor's magic in the video below.


If you see the Dr. Dan around, give him a round of applause or at the very least hold the door for him...