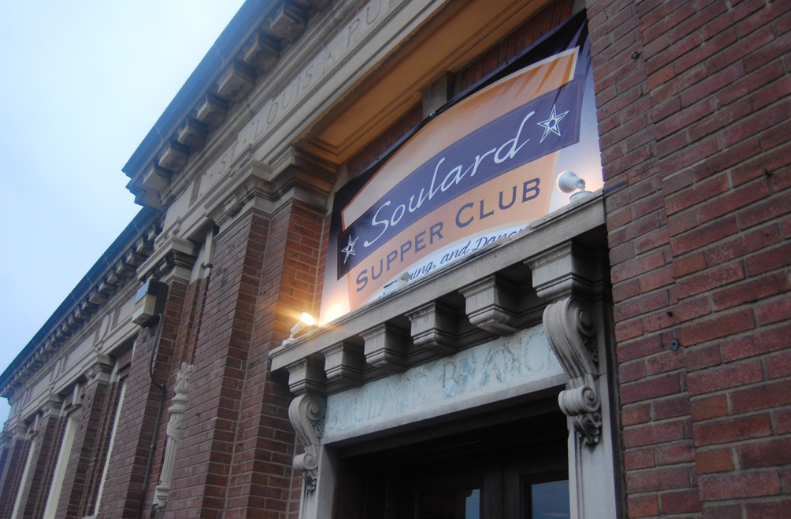 Last month, Soulard Supper Club opened its doors at 706 Lafayette Avenue with a raucous weekend of drag and burlesque shows hosted by entertainment director Charlotte Sumtimes. Despite the seemingly positive reception, the bar/venue has abruptly closed.

On Wednesday, the Soulard Supper Club Facebook page announced that the the club had hosted its last drag show. The full post read: "It is with a heavy heart to announce that the soulard supper club will remain closed til [sic] further notice. We will keep you posted with updates on both venues."

The Soulard Supper Club's demise also raises doubts about owner Shain Tooley's plans for reopening the shuttered Complex Nightclub in midtown under a new name, Spectrum. In an interview last month, he told Riverfront Times that Spectrum would open at some point this summer.

"I invested in the Supper Club to try to save Woodies, which was closing the doors," Tooley wrote in a Facebook message Thursday. "We changed the food and format of shows, but the crowds weren't at all what we thought they would be. So with several thousand dollars lost I needed to pull the plug."

Tooley is still holding out hope for his other venture, the Spectrum nightclub. However, its future may depend on obtaining a 3 am liquor license. Failing to do that "might be the kicker on that venue," he says.

It's been a tumultuous few years for the space at 706 Lafayette. Previously a music venue called the Library, it reopened as Woodies Bar & Grill in April 2015. That enterprise, which also featured drag shows, lasted less than a year.
Editor's note: We updated this story after publication to include a statement from Shain Tooley.
Follow Danny Wicentowski on Twitter at @D_ Towski. E-mail the author at Danny.Wicentowski@RiverfrontTimes.com